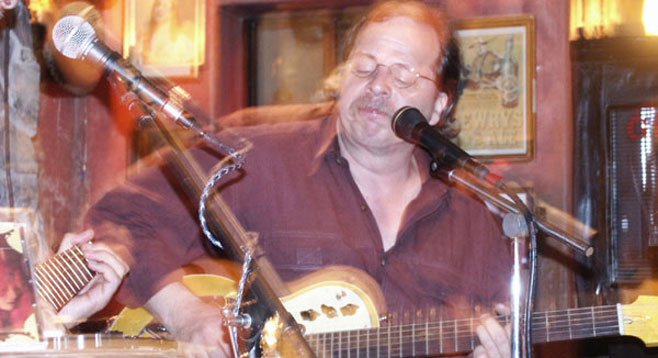 Guitarist/singer CJ Hutchins has been part of the local music scene since appearing on one of the KGB Homegrown vinyl albums, going on to play with Peter Frampton, Ronnie Montrose, and others.

Hutchins has been playing since he was 12 and his first professional gigs came at the age of 16. He plays slide, acoustic, electric, and bass, specializing in Mississippi style blues, but his repertoire encompasses rock, jazz, and even western.

He also restores and repairs musical instruments, primarily guitars and fiddles. As of 2014, he plays around town at venues like the Wild Note Café regularly, as well backing up Gregory Page and performing with Irish dance band Cobblestone Ceili.

His CD Out of These Hands was produced by Ronnie Montrose.