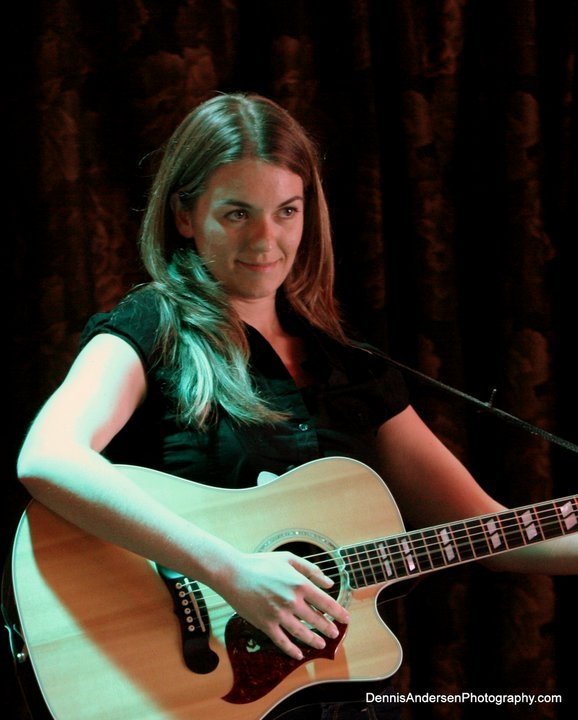 I first came across acoustic singer/songwriter Celia St Croix on Twitter via local-bandleader and fellow-tweeter Scott West, who cowrote the four songs on her debut EP.

Even though St Croix, a student at City College, performs several times a month at venues such as the Stage Bar, Hard Rock Café, Humphrey’s Backstage, Café Libertalia, and Winstons, for the first few weeks all I knew of her was from her tweets:

“Every few weeks my stomach becomes an open portal to another dimension, and all food on the planet seems to gravitate toward it.”

“What a different world this would be if we measured time in moments instead of minutes.”

“Talking to your boss or a parent makes for a perfect opportunity to remember that you are he and he is you.”

“When does evening actually begin? Cuz a construction worker told me good evening today at like 11:30 a.m.”

I was curious, so I played some of her songs online. The tunes tended toward lovelorn balladeering, the kind of musical storytelling that would sound at home on an album by Harry Chapin or Joni Mitchell, often delivered in a warbly Jewel-like vibrato.

The opening cut on her EP, “Waiting for Your Touch,” is an unabashed wish-you-were-here love note (“I don’t wanna make you rush/ But I need you right away”), a theme recast more darkly in a newer song I found on YouTube, “Tragedy,” where “a week away from you is like a year’s gone by” was given added weight by a guest backup vocalist who filled out St Croix’s sparse arrangement.

I particularly enjoyed “Mr. Singh,” with its plaintive and poignant chorus, “Guarding a broken heart/ Mr. Singh sits alone once again/ Breathing in/ Sinking his head in his hands.”

“It’s the true story of a man who was working at a gas station one night,” says St Croix, “when I was driving up to Sacramento. When I met him, I knew I was going to write a song about him.”

St Croix can often be seen performing with Katie Dwyer, with setlists featuring music by each of them.