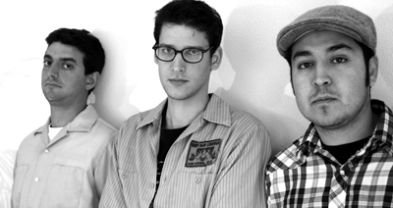 The three-piece group includes Ryan Thomas aka Johnny Fuego on guitar and vocals, Johnny Diablo on upright bass and vocals, and Johnny Maestro on drums. "Call it Elvis on speed, call it Buddy Holly in an epileptic fit, call it whatever you want," says their band bio, "so long as you down a beer, grab a kitten, and cut a rug."

Thomas has a side gig as a horror and sci-fi author. “My first paying sale was a story called ‘Cookies Have No Souls,’ for Space Squid magazine,” he says. “Up until that sale, all my stories were freebies for webzines or fiction magazines that paid, like, $5 a story.”

The executive editor for North County’s Ranch & Coast magazine says his first novel The Summer I Died, published February 2007 by Canada’s Coscom Entertainment (mainly known for comic books), pits rural teens against a razor-happy killer with a man-eating dog. “It’s my attempt to do a written version of a slasher film.” Thomas’s short stories have been published in anthologies like DreamGoblin and Twisted Cat Tales.

When the Buzzbombs perform, count on hearing their most popular tune, “The San Diego Drinking Song,” a sing-a-long with only four lines:

I like beer and I live in San Diego
I started in L.A. and I drank to Coronado
I drank until I puked and then I ate a bean burrito
I like beer and I’ll kick your bloody ass.