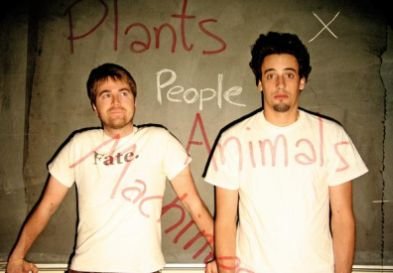 Based in North Park, the Bully Blinders - William Talls (the KneeHighs) and Chad Tuthill (Marquez!) - have been making music together for around a decade. The Bully Blinders released their album City of Dirt in December 2009. Guests on the album include Parker Edison, Johnny Rooks of the KneeHighs, and Ryan Hawley.

“Our worst gig ever,” according to Tuthill, “was a house party up in Mammoth with too much whiskey and not enough love. Halfway through our set and ten shots later, guess who walked into the party – Joaquin Phoenix. He strolled up with five dopes from his entourage and proceeded to grab at the mike. Talls wouldn’t give it to him, a struggle ensued, and somehow the turntables ended up upside-down.”

“It ended up okay, because we went out to the local watering hole after and had drinks with him the rest of the night. Crazy times!”