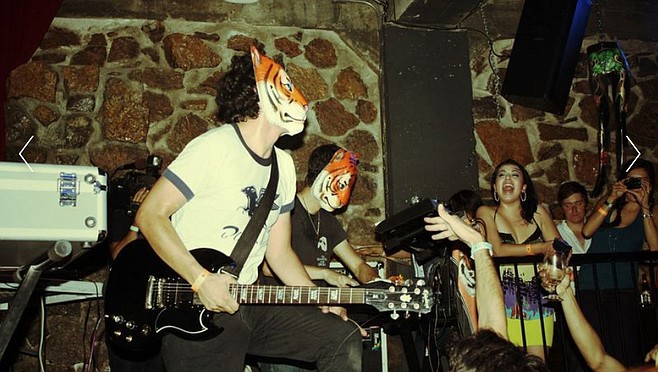 Bulletproof ­Tiger was an instrumental disco-pop duo featuring guitarist Erik Trejo (Bixclassy) and a synth-playing partner he first met in a high school art class. The duo co-founded the band in El Paso, Texas, using the aliases Bobby Miracles and Jean-Luc Duvalier. They soon moved to San Diego and began playing area gigs. Their June 2011 seven-inch featured the tracks “Shout of the Dark” and “Healthy Fear,” and they followed up that November with a full-length, Year of the Tiger.

However, Trejo's wish to do more electronic music didn't meet his partner's approval, and the group disbanded. Trejo relocated to Austin, Texas and launched a solo electronic project called Lightworks, releasing his debut Sleepover in 2016.