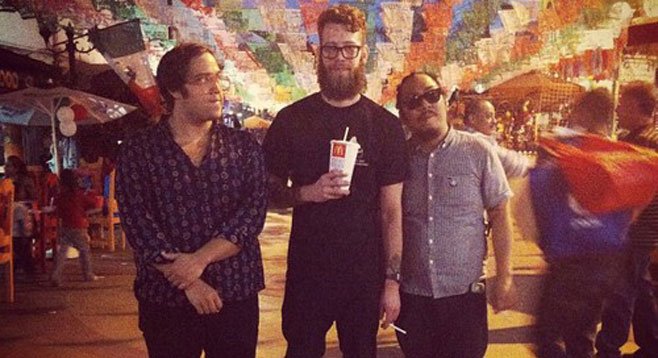 RIYL: The Pixies, the Replacements, the Smiths

Influences: The Replacements, the Strokes, Nirvana, the Pixies

Alt-punk trio Buddy Banter was founded as a solo project by singer/drummer Steven Perez Oira, one-time guitarist for hardcore-punk band New From the Front. He was later joined by Dylan O'Bosky and Kevin Glenn (Pilots). Their lo-fi punk-and-blues-inspired Bummer Summer EP was released in 2012, followed by an 8-song full-length called Paradise Thrillz in 2013.

Says Oira, “Tommy Garcia [Mrs. Magician, Drug Wars] helped with tones and engineering the project in his studio, Thrill Me. He also played a little guitar solo on an unreleased track from the record. Oh, and 'Dreams' was recorded with Clint Delgado [My American Heart]. We worked on that song together, taking sampled tracks of Alicia Keys and chopping it all up into an original composition.”

Banter’s song “High with Me” can be heard in the trailer for the 2013 short film Just South of North, directed by Michael Arter, an Athens, Ohio-based filmmaker.

A video for their track "Let Me Go," produced and directed by Jacob Turnbloom, was released in early 2015.