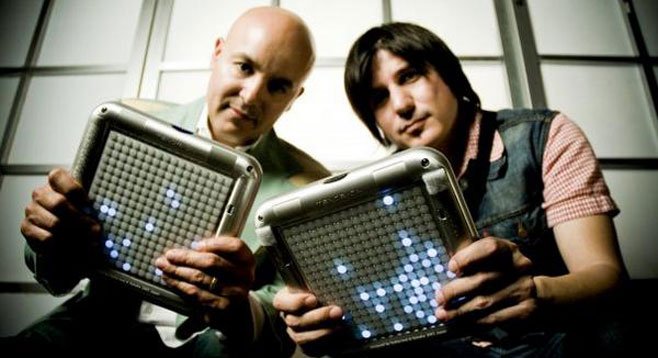 Bostich and Fussible is a side project featuring members of the Nortec Collective. They were nominated for a 2009 Grammy Award for Best Latin Rock or Alternative Album, for their album Tijuana Sound Machine.

An interactive book entitled Paso del Nortec--This Is Tijuana dedicated to the Nortec phenomenon was released in the U.S., Mexico, and Europe.

As of 2008, Ramón Amezcua (aka Bostich) is living in Chula Vista. Pepe Mogt (Fussible) lives in Tijuana.

In 2010, the duo released Nortec Collective Presents: Bostich + Fussible, on the Bulevar 2000 label. It was nominated for a 2011 Grammy Award, for Best Latin Rock, Alternative or Urban Album.

On November 22, 2010, Pepe “Fussible” Mogt claims he was assaulted by a fellow Nortec Collective vet. According to Rosey at SoundDiego, Mogt was at the Tijuana airport and says he was hit from behind by Roberto Mendoza, a founder of Nortec Collective who performs with the Nortec Panoptico Orquestra under the name Panoptico. Panoptico took to Facebook to claim HE was attacked by Fussible’s staff, resulting in a broken arm and fingers. The dispute appears to stem from last year, when Panoptico allegedly registered the Nortec Collective name for a trademark without authorization from the original Collective.

However, they announced they’d be splitting after their October 11, 2014 appearance at L.A.’s Supersonico Festival. A few years later, they were back to occasional collaborations and appearances.