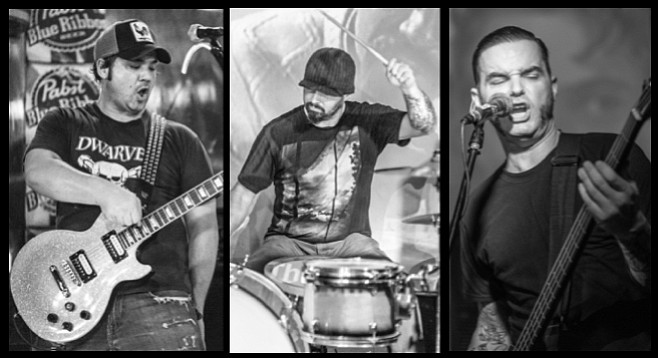 Bossfight is a punk rock band formed in 2012 by bassist Brian Gilstrap and guitarist David Settimi. A former bandmate from the duo's 1990s band Godzilla was recruited in 2014, drummer Rob Ojendyk, later replaced by Paul Davis.

The album was preceded in March by a single and lyric video for “Green,” and promoted with a 24 page comic book illustrated by Marvel artist FranzDG. “It’s about the greed that exists within corporations, specifically venture capitalists, and it has deep personal meaning,” says guitarist David Settimi, who spent nearly 20 years working for Guitar Center, first as a frontline accessory salesperson before rising to vice president of sales. The company was bought out in 2007 by Bain Capital for 1.9 billion.