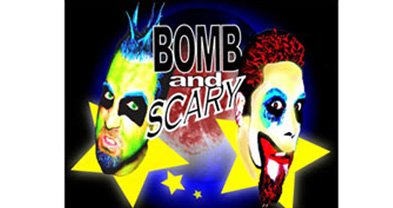 Eric Beard's musician credits stretch back some 20 years. "First of all, I never was a singer, and some people probably would say I'm still not," he laughs. "But singing and playing guitar at the same time is still a challenge." Bomb and Scary is a hard rock/metal duo with Beard and singer Dave Sandoval, calling themselves E-Bomb and Scary-D.

Beard began playing piano at age eight. "But as soon as I heard the first three chords of AC/DC's 'Highway to Hell,' I said to myself, 'You can't do that on a piano,' and I went and bought an electric guitar for $125." Beard has a recording degree from Chico State. Beard sometimes performs solo as Angerhead, the one-man metal band.