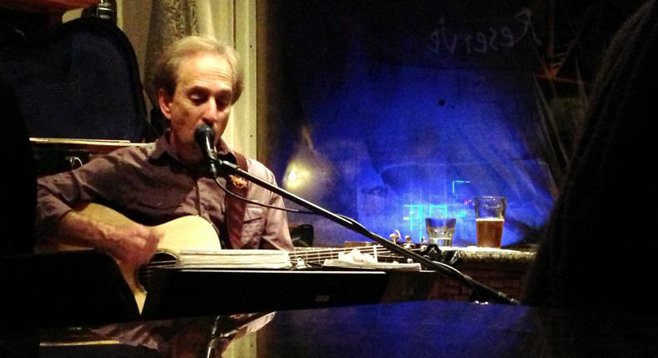 Based in La Mesa, Bob Wade began playing acoustic guitar at age eleven, later taking up electric bass and joining local 1950s band Ricky and the Jets. His band the Coolrays is a Beach Boys tribute, and he performs solo acoustic sets around town, playing classic folk and rock music.