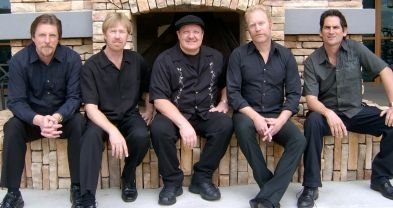 Sound description: The sound of wanderin' hands and wailin' guitars.

The Blues Brokers debuted on record in 1999 with Takin' No Prisoners. The following year, their Put Down the Gun album was released. After a long stretch of gig-only existence, they recorded Let the Good Times Roll during various gigs at North County's Kraken, in Cardiff by the Sea.

Singer/guitarist Steve "B.B." Payne describes his guitar style as an attempt to blend the soulfulness of B.B. King and the aggressiveness of Stevie Ray Vaughan. He has performed with Jonathan Gale, Steve Schuffman, the Renegade Band, and tenor-sax legend Taco Davis.

Irwin Haas (vocals, sax) has a jazz performance degree from Berklee College of Music and has played with the Siers Brothers and the Automatics. Paul "Paulie" Cougill (keyboards) also plays with Party Quake, having previously been with the Eve Selis band, the Siers Brothers, and Hot Monkey Love.

The Blues Brokers also play as the Elevators for rock and roll gigs, with the same players in both bands.