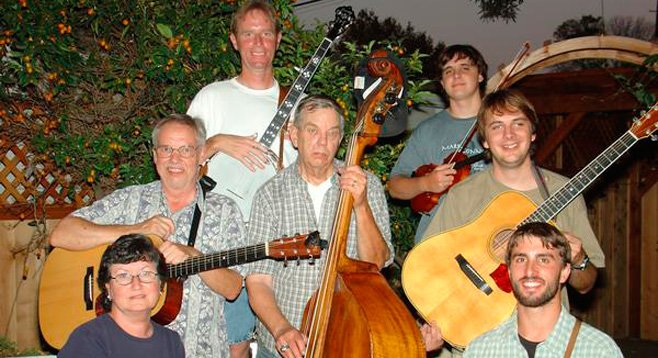 Formed by some San Diego pickers, the Bluegrass Ramblers have come a long way in the last few years. They recently opened for Michael Cleveland & Flamekeeper. They have been featured several times on KSON’s Bluegrass Special with Wayne Rice. They play at venues such as the San Diego County Fair, the Western Days Parade in Lakeside, and the Sam Hinton Folk Festival in Vista. They also regularly play at San Diego Bluegrass Society events around San Diego.