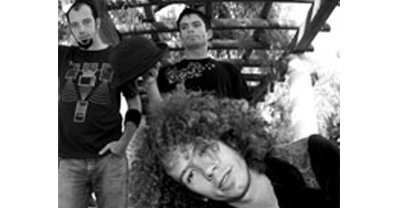 Sound description: '70s influenced rock and soul, with lots of smooth classic-FM vocals and a touch of ska and reggae.

“A really good friend of my family’s has been U2's tour business manager for about 20 years, so I got to meet insanely famous people,” says Brendan Concannon, drummer for Big Provider. “When I was 12, I ate lunch next to the Edge. They were rehearsing for the stadium leg of Zoo TV in Hershey, Pennsylvania and I was in the catering tent eating Swedish meatballs when he sat down next to me. I almost fell out of my chair.”

Concannon recalls “I met Les Claypool, Perry Farrell, Henry Rollins, Peter Gabriel…When I was about 20, I was a runner for the short-lived Diana Ross and the Supremes tour. We had specific instructions that, if she were walking down the hall, we were to immediately run into the nearest doorway and we were not allowed to make eye contact with her. The crew guys I spoke with acknowledged that she was a demanding bitch.”

Concannon’s bandmates –- Jackson Price (vocals/guitar) and Joey Sutera (bass/vocals) -- are half-brothers. “They fight, and brothers fight more bitterly than workmates or friends,” he says. “They're like Oasis Lite; all the confrontation with none of the hard drug abuse.”