Being As An Ocean 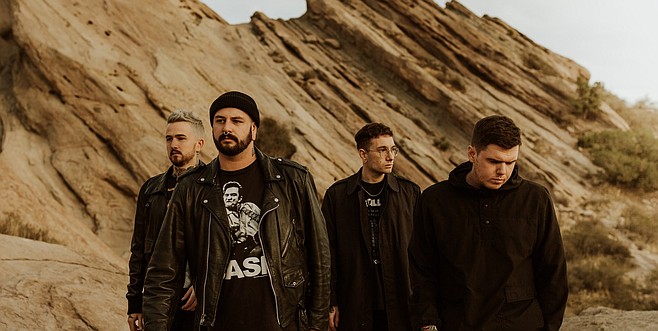 RIYL: The Elijah, MewithoutYou, Sigur Rós, Bring Me The Horizon, the Chainsmokers

Founded in Alpine circa 2011, Being As An Ocean stared off under the name Vanguard, playing Christian heavy metal. After a name change, they became a more melodic hardcore band before evolving into an arena rock-nu metal-techno pop act. Singer-guitarist Michael McGough was formerly with post-hardcore band the Elijah.

Their fifth studio album PROXY: An A.N.I.M.O. Story, was recorded with Grammy-nominated producer and collaborator, Zakk Cervini (Blink-182, Poppy, Halsey). It was released in September 2019, along with a video for "Play Pretend," prior to them leaving for a UK/EU tour.