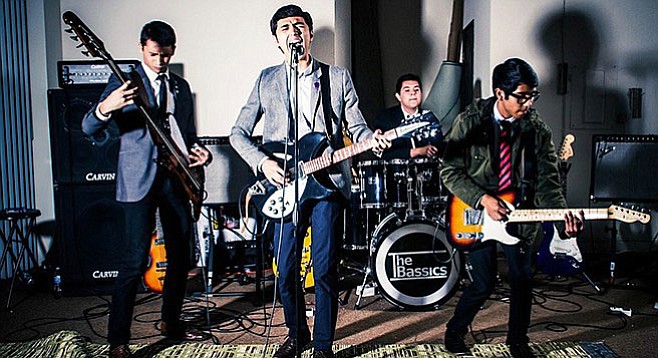 Based in Imperial Beach, mod rockers the Bassics lead vocalist/rhythm guitarist Sam Martinez and his bassist brother, Vino, along with drummer Carl Mendez and guitarist Nick Pineda. In 2014, with members age 16 to 21, the group began playing major venues like the Casbah.

Their single "Everyday Life" b/w "Roll On" was released in December 2015 via Angel City Records.