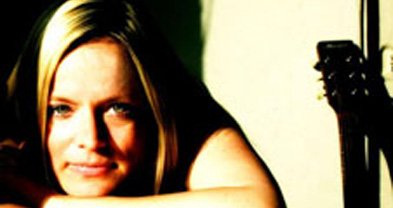 Singer/songwriter Barbara Nesbitt is from Virginia, where she fronted the groove-oriented band Rare Daze and brought her own original songs and sound to the rock band Cradle. She also allied with fellow guitar player/singer/songwriter Bernie Lee in the acoustic duo Perpetrators. She was nominated for several local music awards in Virginia, taking second place in the Female Songwriter of the Year category, and first place as the Acoustic Performer of the Year.

After arriving in San Diego, she was joined by Bill Coomes (drummer/singer with Deadline Friday), Mike Spurgat (guitarist/singer with Deadline Friday and Citizen Band), and Marcia Claire (bass player with Citizen Band and countless others) and began focusing on her original music. The band, along with some surprise guests, recorded her debut album A Million Stories at Jeff Berkley's studio, Miracle Recording. A Million Stories was released in July 2007.

She describes her strangest stage encounter. "After reluctantly conceding to play 'Sweet Home Alabama' in Portsmouth, VA...a gentleman exited the men's bathroom wearing nothing but a smile, ran straight up to the stage, danced for a moment, then ran out the door and down the street. But that's not that strange in Portsmouth."

In 2008, Nesbitt recorded and performed around town with Tim Flannery. She was nominated for a San Diego H.A.T. Award and won the San Diego Music Scene Cream of the Crop singer/songwriter competition. In 2011, she moved away from San Diego, landing in Austin, Texas, where her female-fronted band the Whiskey Sisters (featuring co-frontwoman Teal Collins) won multiple Austin Music Awards, scoring a weekly residency at the Continental Club there and an opening slot for Willie Nelson at an Austin City Limits New Year’s Eve show.

She returned to San Diego to play an August 11, 2013 release party for her third album Almost Home at Lucy's Tavern in OB, teaming up with local players Marcia Claire and Jeff Berkley (Berkley Hart), among others.

A new album was released in early 2017, Right As Rain, co-produced by Jeff Berkley and supported with a European and UK tour. Other former bandmates in San Diego who perform on the album include Bill Coomes, Dennis Caplinger, and Mike Spurgat, giving the songs a SoCal sound akin to locally recorded efforts like 2007’s A Million Stories. “I did most of the instrumentation on Right as Rain in Wimberley, Texas, at Yellow Dog Studios, but I did my vocals, Caplinger’s banjo, and Berkley’s guitars in San Diego.”