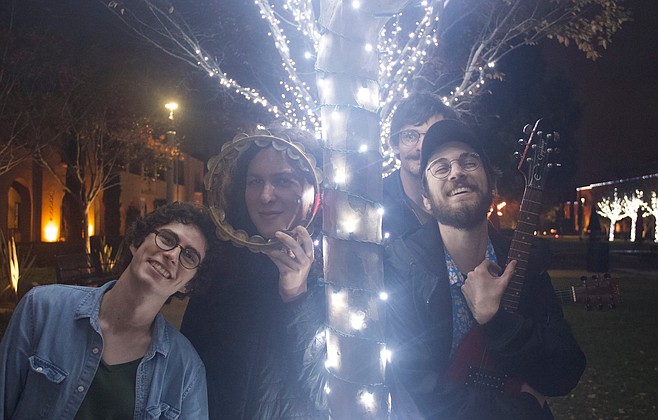 Band Argument features members of Big Bad Buffalo, Jordan Krimston and Sil Damone, along with Alex Simonian and Jake Kelsoe. "This project is an analog-digital hybrid," says Krimston . "It’s a classic rock band setup - two guitars, bass, drums, vocals - but everything has a digital filter on it. MIDI pickups on the guitars, sample pads and triggers on the drums, harmonizers on the vocals."

Their debut single "Buddy" dropped in December 2018, followed a few weeks later by their Patchwork EP, which was promoted with a west coast tour.