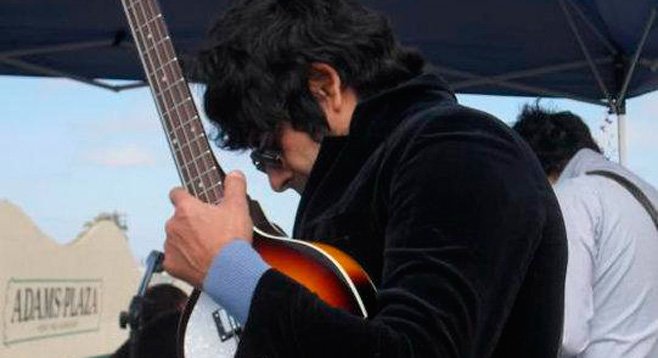 Influences: The Beatles, the Zeros, Squiddo, the Yardbirds, Hoodoo Gurus, the Rutles, Manual Scan, the Shambles

The Baja Bugs specialize in obscure and FABulous relics from the Beatles. The band has included Hector Penalosa (the Zeros, Squiddo), along with Xavier Anaya (the Trebles), and members of My Revenge, with around a dozen players having come and gone through the years.

“The Baja Bugs was never supposed to survive,” says Penalosa. “We got together for a [1989] wedding for a friend who couldn’t afford an actual Beatles tribute band.”

He says the group is more about the sound than the look. “We don’t wear wigs. We don’t call each other Ringo or use fake Scouse [Liverpudlian] accents, saying, ‘Hey John, what’s gonna be our next song?’ We’re not actors. We’re just musicians who care about the original songs.”