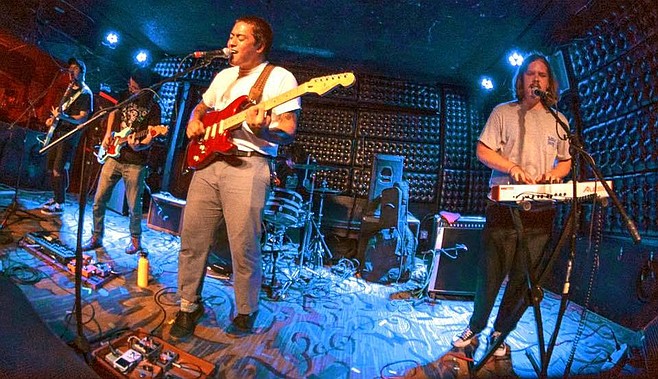 Based in Imperial Beach, Bad Kids is a surf punk garage pop band who, like many in the South Bay scene, were inspired by the surf-guitar pop-punk of the Frights. “When the Frights came around, they opened up the door with tons of reverb,” according to Kalani Lomu (Fake Tides).

Lomu credits his mom for his evolving showmanship. “My mom was a punker from Provo, Utah. That’s where I get my punk mentality from.” He says mom showed him the ways of Freddie Mercury. “He’s my hero. Sometimes I get flamboyant onstage, which might mean lipstick or glitter.”

An EP called Act Your Age was released in 2015, followed by Are You There?.

After releasing their Seeing Ghosts EP, the band was nominated Best Indie/Alternative at the 2018 San Diego Music Awards. Their song "Def" was used as the theme to the local TV music show Sound Diego.

Their Love Is Where It Fell EP was released in March 2019, with a lineup featuring Kalani Lomu, Chad Boland, Leon Lara, Sergio Esparza, and Diego Guardado, with some tracks including former keyboardist Julian Tuzzeo.