The Avengers (aka the Contrasts) 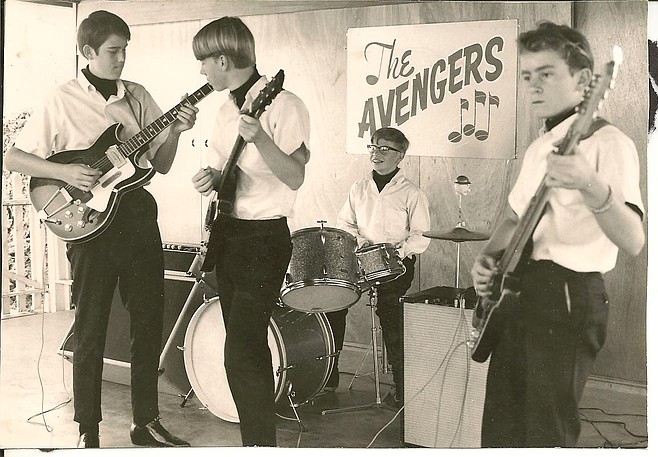 RIYL: The Contrasts, the Man-Dells, the Other Four, the Brain Police

The Brain Police were an early psychedelic garage band who, in the late 1960s, opened for many national acts, including the Who, the Byrds, Cream, Jefferson Airplane, Strawberry Alarm Clock, Steppenwolf, and Buffalo Springfield. They essentially spun off from the Man-Dells, with guitarists Rick Randle and Larry Grant and bassist Norman Lombardo, who were all still in junior high when that group released its first single in 1965, “Bonnie” (with “Oh No” on the flipside). The trio also played with the Other Four. They became the Brain Police in 1968, with Rick Randle’s younger brother David Randle joining on guitar, and earned a large local following.