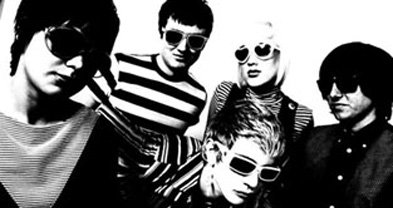 Influences: Devo, the Ramones, XTC, the Police, the Dickies, Screamers, the B-52s, Blondie, Patti Smith, the Divinyls, the Boomtown Rats, Elvis Costello, the Spits, the Sess, the Power Chords, the Prayers

Previously known as the Atoms, the Watusi’s were formed when guitarist Derek met singer Joey Ugalde at Bonita Vista High School in 2003, both of them with a dream to play music. After releasing an EP produced by Sweet Tooth Records, they were seen seen at alternative side venues such as the Casbah’s Atari Room and the stage corner of UCSD’s Ché Café. Based in Chula Vista, they released demos in 2004 and 2005.

In 2009, the band recorded a 7" for local Single Screen Records and Germany's P-Trash Records. The following year, they changed their name to the Watusi’s. In 2010, bassist Branden Parish (aka Brand-O) co-founded Shiva Trash, with whom he plays keyboards.