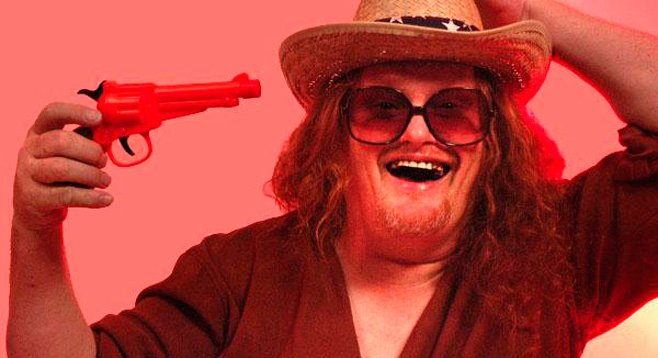 Sound description: Your subconscious wired to a synthesizer.

“The Mboard I use...is patented, and we’re in negotiation to get it mass produced,” says Bill Wesley of the Array Orchestra. “The Sensor Array MIDI Controller Mboard will be like the musical Wii; ordinary people, even nonmusicians, will be able to shred.”

The Array Mbira, an African thumb piano laid out in Wesley’s unique Array tuning matrix, consists of MIDI controllers that record which buttons you press, and then it relays the information to a computerized sound synthesizer that compiles the user’s chosen arrangements of musical notes.

Wesley is understandably proud of his homemade contraption (which, with its wood enclosure, looks more Jules Verne than Bill Gates). “I am finally finished with all 10 designs and have 7 functional electrified prototypes done and ready to shred. I also have their players in training. Meanwhile, it’s myself playing every instrument in the Array Orchestra...The universities didn’t invent jazz. It came from the street, so that’s where you’ll find me; in the streets.

“Pursuing this course has cost me dearly, in every respect,” says Wesley. “And others as well, [like] my business associate Shai Ben Moshe. Yet every moment and every penny has been worth it, because this is something of real historic power, however it plays out for us. In the end, we sidestepped our patent attorneys, and I and my mother rewrote it. I’ve had professionals tell me it’s a great patent - most patents are junk, because they will never hold up in court.”

In June 2012, the Array Orchestra released a video for the song “Space Laced,” directed and engineered by Maria Cochina (Vaginals) and featuring an Array M-Board played by Dylan Li Fu Brown (also of the Vaginals), as well as an Array Guitar played by Wesley and an Array Nail Piano played by Cochina.