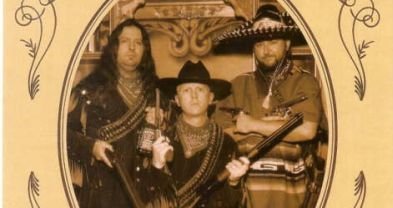 Influences: Earthless, the Dirty Legs, This Is My Condition, 3-Way Switch, the Family Curse, the Long and Short of It, Sirhan Sirhan, Hostile Comb-Over, Bumbklaatt, Oaks

The 2017 Archons album Lords of Light and Thunder is described by the band as "A space rock opera, a thematic album that focuses on the classic concept of Good vs. Evil, featuring reoccurring characters such as the Galaxians, the Mysterians, Kid Nitro, and Dr Pain." Recorded by Toshi Kasai at Sound of Sirens Studios in Los Angeles and mastered by JJ Golden at Golden Mastering in Ventura, it was released in a vinyl edition that included a digital download card.

After its release, the band embarked on a two-week west coast tour with Seattle's Old Iron, beginning September 28 in Bellingham, WA.