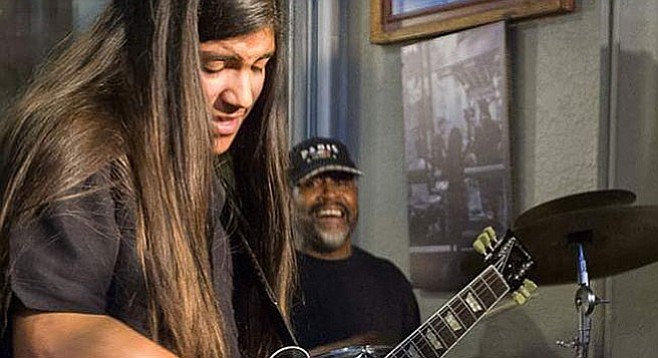 “I remember my grandmother bringing little toy guitars from Tijuana, and I’d run around the house, beating them up.” The music hook was likewise set early. “I listened to Led Zeppelin, oldies, 1960s psychedelic rock, everything. A whole mix of different genres of music.”

When the third annual Temecula Valley Music Awards were given out in November 2016, Cullins was honored with “Best Youth Original.” He won the “10 Under 20” contest at the 2018 Dallas International Guitar Festival and was the subject of a Backstage 360 documentary.

As of 2018, Cullins was fronting a blues-rock trio called the Fallbrook Vigilantes.