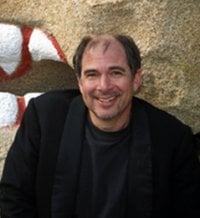 RIYL: Brian Eno, Optiganally Yours, the Residents, League of Assholes

Acoustic/electronic/world/folk blend Andy Robinson first earned local notice as a drummer, formerly with local progressive rockers Horsefeathers and L.A. underground groups like Elton Duck and Invisible Zoo. Now, however, he specializes in a different instrument, though he still uses sticks to play it.

“One of the things that first attracted me to the dulcimer in the late sixties was noter-style playing. At that time, George Harrison of the Beatles was opening up the pop music world to the delicate drones and exotic textures of the Indian sitar. I was, and still am, a Beatles fan, so when a friend introduced me to the mountain dulcimer, I fell in love with it. It wasn’t a sitar, but it was close enough for me! I was a drummer, with no prior experience with melodic instruments, and the simplicity of making up a melody on a couple of closely spaced strings and having instant musical accompaniment in the form of a droning partial chord appealed to me.”

In addition, “I play the kalimba [and] I play mostly acoustic instruments, but I really love synthesizers, with their infinite sound-making potential. I drum, I play harmonica, I loop, I sample, I sing, but I don’t sing actual words very often.”

His debut solo full-length Exotic America, an exercise in electro-acoustic Americana, was released in 2004.

Taking an experimental approach to recording, Robinson says “I like to roam San Diego’s back country with a digital recorder, sampling stuff like a dried branch tapping out patterns on a dirt road, or fence post xylophones, or a broken down piano, or a pile of pots and pans that have been left for dead. You can hear some of these things in [my songs] ‘Cartoon’ and ‘The Golden Feather.’ There is something that appeals to me about doing things the wrong way, like grabbing sounds that aren’t necessarily meant to go together and introducing them to each other.”

“Even the cover of the CD has sort of a found object theme. Each letter in the title was taken from separate photographs I took of road signs. Usually, the results of my experimenting surprise me.”

A CD of long-unavailable Elton Duck songs was released in 2012, featuring Robinson with Mike McFadden and Mike Condello. Later that year, he reported “I’m currently working on a mini-suite of music that will be available as a download in August,” says Robinson. “I’m going to be working with a steel drum player and including some new instruments on this little three-movement musical journey, including bass dulcimer and native American flute.”

His song “The Open Door” is featured in a 2013 documentary film about the non-profit organization H2Opendoors, which endeavors to bring fresh drinking water to poor countries around the world.

In early 2017, Robinson promoted the release of his Andyland album with a series of performances at area garage sales. The following year, he became an endorsing artist for a company named Louson Drums, which manufactures a wearable Cajon.