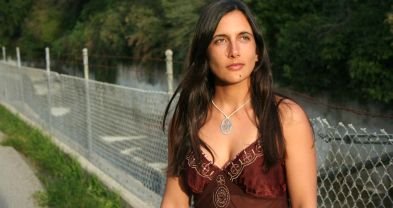 With inspiration stemming from an array of genres including jazz, classical, rock and R&B, Amy Obenski's music lends itself to an eclecticism that is surprisingly organic and natural.

Obenski's musical history stretches back to age five, when she began singing in her school choir. Growing up in San Diego, she spent her childhood in arts related public schools and started private piano lessons at age seven. While attending UC Santa Cruz she minored in music while acquiring a degree in Environmental Studies. She later used both of these skills by creating a series of benefit concerts called Take Back Your Forest. The concerts raise money for the Sempervirens Fund, an organization that protects redwood forest in the Santa Cruz Mountains.

In 2007 her song, "Carousel", was heard on the TV show Grey's Anatomy, taking the song to number twenty-three on the iTunes Folk Chart. Before that, her first album had been receiving play on MTV's program, MADE.

The first album, What We Tell, was discovered by an MTV executive who randomly heard her music on someone's iPod. A few years later, and on a whim, an editor placed the song from her second album onto Grey's Anatomy.

Her 2009 album, From The Deep, features grand piano, cello, viola, bass, drums, mandolin and even accordion. And the instruments are nicely balanced beneath her sweet and sultry vocals. The lyrics, refreshingly honest and insightful, have been coined as "gripping" by critics.

Later based out of Santa Cruz, California, Obenski tours mostly through the West Coast of the United States and plays steadily in the San Francisco Bay Area. She recorded with the Carbone Band from France for her fifth album Restless, released in July 2014.