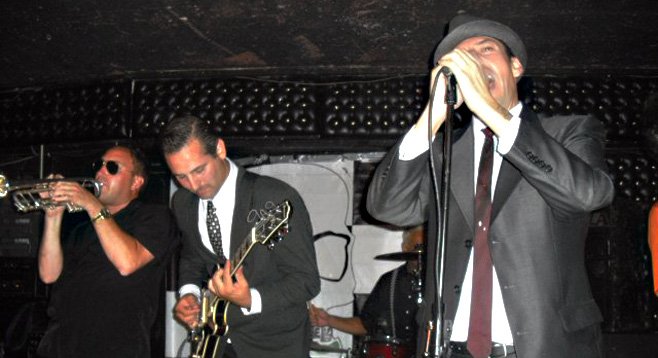 Influences: The Skatalites, Toots and the Maytals, the Crystalites, Jimmy Cliff, Ernest Ranglin, Lynn Taitt and the Jets, Pat Kelly, Justin Hinds and the Dominoes, the Aggrolites, See Spot, the Debonaires, the Self Made Men, the English Beat, Ryan Scroggans and the Trenchtown Texans, the Slackers, the Pietasters, the Dualers, the St. Petersberg Ska Jazz Review, Babylove and the Van Dangos, Western Special

Based in San Diego, the Amalgamated spun off from the Hi-Lites in early 2007. Five members of the Hi-Lites -- an eight-piece ska band -- left the group due to a falling out with bassist James Trent, who also writes the band's original tunes.

The five members who bolted and two other former Hi-Lites formed the Amalgamated, a ska-jazz band with early-1960s rock-steady and reggae influences.

“We are an incredible live band that makes everyone dance to up-tempo beats and can also get you into a groove with light reggae textures. We open each song up for solos, allowing all members the opportunity to show off their improvisation talents. The creativity flowing may remind the audience of great jazz standards being performed.”

Horn player Keith Duncan left the band late in 2007 when he moved to Washington, DC, though he did play a show with them in 2009, right before joining the Shifters.

I left the band late in 2007 when I moved to DC. But I did play a show with them in 2009 right before I started/joined The Shifters.