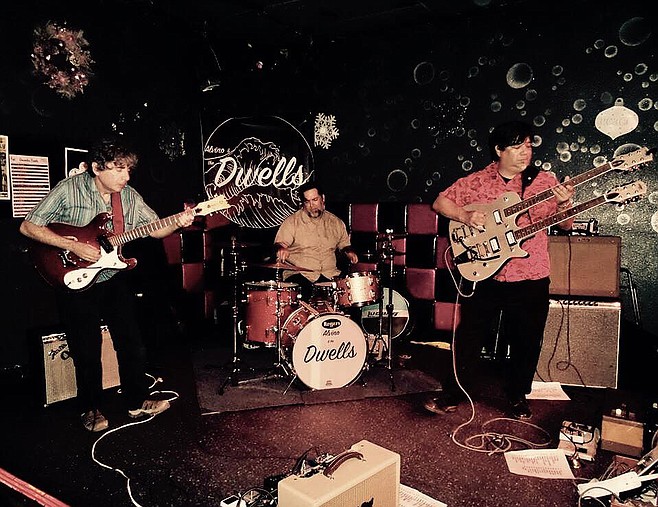 Surf rockers Alvino & the Dwells have their roots in San Diego's teen post-punk and mod scenes, with occasional Manual Scan members David Fleminger (aka David Flack) and Tony Suarez (aka Al Flack), both of whom previously played with the Answers. Drummer Didier Suarez came from bands like Sub Society, Furious IV, and Enigma Piercing.

A self-titled album released in 2015 was recorded live at Rarefied Recording and engineered by David Feldman, Roy Silverstein, and Joel DeWitt.

Their song "Chocolate Mint" appears on the early 2020 Spanish compilation Music For Gloves, a fundraising effort to raise money for medical supplies in Spain during the global Coronavirus pandemic. Two other San Diego bands are included on the two digital EPs: Manual Scan covering a Beatles track, "For No One," and True Stories ("Can't Seem To Make You Mine").