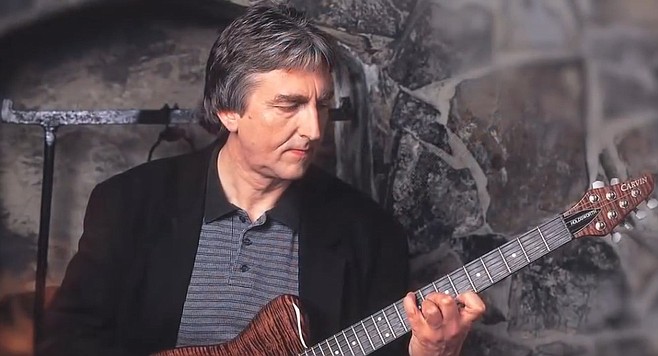 British guitarist and composer Allan Holdsworth has spent decades playing with others and recording his own albums, usually in the jazz-rock fusion genre. Among the acts he has performed and recorded with are Tempest, Soft Machine, Tony Williams, Gong, Jean-Luc Ponty, Bill Bruford, U.K., Gordon Beck, Gary Husband, Jack Bruce, Chad Wackerman, Level 42, and Planet X.

Around 1992, Holdsworth moved to Vista, where he was often seen riding his bicycle around town, and maintained a local residence for most of the time since then. Holdsworth died in Vista from heart disease in April 2017, at the age of 70.