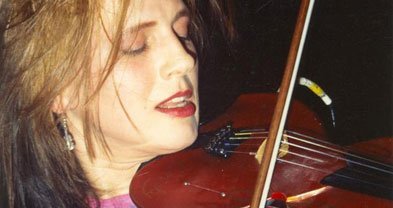 Singer/violinist Alicia Previn is the daughter of André Previn KBE (the conductor of the Houston, Pittsburgh, and London Symphony Orchestras) and jazz singer Betty Bennett. She began playing the violin at age seven and was classically trained at the Royal Academy of Music in London by Virginia Majewski and Joan Rotchford-Davies.

Previn has also authored several children's books addressing the ecological future regarding earthworms, tortoises, and bees, sometimes tying her music in with the book projects. She debuted “The Earthworm Song” at an August 9, 2009, release party for The Earthworm Book at Escondido’s Stone Brewery. “The project took form because of my experience making compost,” says Previn, “and understanding the importance of what earthworms do for the earth. We’re inviting children to come see me perform, read from the book, dig for worms, and demonstrate building a worm box.”

The Stone Brewery event featured Wild Truth bassist David Ybarra, who wrote and produced the music on the CD that accompanies the book, as well as a third performer making his first public appearance.

“My worm-puppet Tola is a hand-knitted replica of a real worm, with no eyes or ears,” says Previn, who doesn’t mind if someone takes Tola’s real-world brethren fishing. “One of the aspects of the book is the making of a worm box to grow more worms, so, yes, go ahead and use them to fish. In fact, I like to fish and cut bait.”

But why have a children’s concert at a brewery? “Stone Brewery happens to be unusual in that they run their whole operation using sustainable methods of growing, including their garden setting for the restaurant. The Earthworm Book is a good complement for their philosophy. Their events include ‘A Book and a Brew,’ including a children’s version.

“With nonalcoholic brew, of course.”