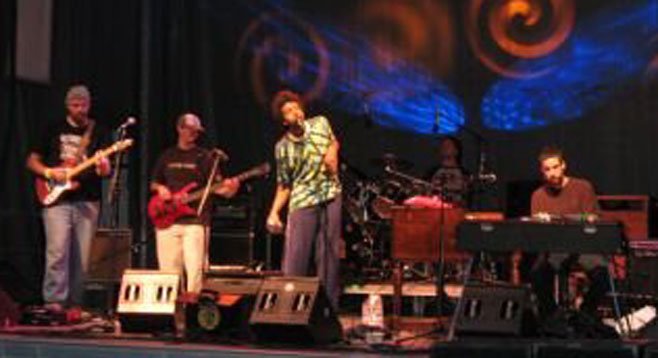 In 2009, Howard launched a new band. “The Heavy Guilt plays rock and roll. Our parents’ adolescence was sculpted by Dylan, Cohen, Zeppelin, and Floyd. Nirvana, Pixies, Pavement, and Spiritualized provided the soundtrack to our high school experiences. We listen to a lot of modern indie stuff like Radiohead, Wilco, Neutral Milk Hotel, the National, and a list that could take up volumes.”

“We pass all those things through a filter of six unique personalities and get the Guilt.”

Howard (who admits “I’ve seen every episode of Lost and Frisky Dingo three times”) lives in Ocean Beach, a smoky neighborhood where he says sometimes he seems to fit in all too well. “I have nappy sideburns and an afro and a big ol’ turquoise necklace. I have eye-reddening allergies, and I look like a professional stoner. People often ask me for drugs, and I happen to not smoke pot anymore. So legalize marijuana, so these fools in O.B. can stop bothering me for the weed that I don’t have.”

In early 2013, Howard debuted a new ensemble, Rebecca Jade & the Cold Fact. The following year, he announced plans to write an autobiographical book, The Autobiography of No One, to include essays, scrapbook images, lyrics, and more.