“The simplest way to describe my music is acoustic rock,” says A.K. Skurgis, who spent five years playing bass and singing for hard-rockers Acid Burn before staking out a career as an introspective solo performer in the vein of Tom Waits and the late Elliott Smith. “I play a mix of straight-up rock tunes, songs of emotional turmoil, and songs about things that should never be brought up at the dinner table. That’s my live show. My studio stuff is about the same; all originals but more fully instrumented.”

Based in Rolando near SDSU, Skurgis is a long time veteran San Diego musician, lyricist, poet, and songwriter. He has been performing his original songs (acoustically) and poetry in Southern California since 1992. His diverse selection of material has given him the opportunity to play in nightclubs, coffee houses, street fairs, parking lots, keg parties, divorce parties, etc.

Skurgis makes an important distinction between his debut full-length, Skurgisms, and his performances. “Live, I play acoustically, just me and my guitar. On my CD, out of 21 tracks, only a handful are acoustic. I’m playing acoustic and electric guitar, plus bass, drums, and keyboards...some of my songs exist in two very different versions — one-man acoustic and full-band electric.”

Aside from doing occasional spoken-word recitals in South Park at Rebecca’s (New Poetic Brew), Skurgis keeps busy with making music. “After playing 500 gigs, I quit counting. I really did keep track. I have OCD. I’m currently working on banging out new material, dusting off a few old tunes from way back, and retooling some songs I was never quite happy with. I’m way overdue for another CD, or maybe a digital album, the way things are going now.

“So, I put new strings on my gee-tar the other night. Wish me luck.”

A.K. Skurgis is a long time veteran San Diego musician, lyricist, poet, and songwriter. He has been performing his original songs and poetry in Southern California for over 20 years. His diverse selection of material has given him the opportunity to play in night clubs, coffee houses, street fairs, parking lots, keg parties, divorce parties etc. Mixing dark moods, adult themes, light hearted fun, and satirical humor into his shows, A.K. is an engaging entertainer. He has opened for/shared the bill with Stone Temple Pilots, The Alarm, U.K. Subs, Wayne Kramer, The Mentors, Texas Terri & The Stiff Ones, Jewel, and others. With five self releases, and countless shows, A.K. is an accomplished and experienced live performer. His music has been heard, and poetry published worldwide. Contact A.K. at [email protected] 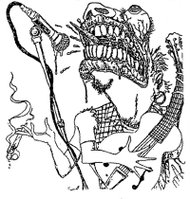 How does one go about getting this profile done correctly? HOW? I am not a "Blues and Soul" artist. My CD is not "Acoustic, Noise | Xprmntl" . NO! Out of 21 tracks, only a handful are acoustic. It should be listed as "indie" at best. I am listed as playing acoustic and electric guitar. Which I do. I also plass bass, drums, and keyboards. I played EVERYTHING on my CD...full on rock and roll instrumentation. LIVE I play acoustically. Just me and my guitar. WTF? Who decides these tags? I don't recall filling these influences and such out. I have been going over and over my profile to see where to FIX these things. NO DICE. Thank for the free ad-space SDReader. But damn! Make it easier to navigate and fix incorrect info! (not to mention that it takes forever to get this thing posted!)

To add or change text, photos, album info, embedded video, and graphics, etc, go to http://www.sandiegoreader.com/band/edit. It may take a day or two for submissions or revisions to appear on the website.

We changed your genre classification to just "rock." Of the 25 or so genres to choose from in the website template, "Indie" is not one of them, being more of an adjective than a genre.

If you want to add MP3s (highly recommended, for maximum exposure), please go to http://www.sandiegoreader.com/mp3/upload

If you’d like to receive and participate in the Reader’s weekly local music newsletter, just click the link to do so at the bottom of your profile page. The most direct route TO your profile page is through http://www.sandiegoreader.com/accounts/profile/

Jay, thank you so much for updating my profile...and giving me the info and the links. I very much appreciate it. Everything is now correct! Take care, and another thank you for your promptness in this matter! ak