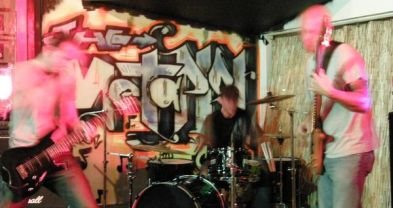 AEPNIA (pronounced AP-nee-ah) is an alt/hard rock power trio consisting of three quarreling brothers who look nothing alike. The band says it derives its name from “a hybrid of the Greek and English meanings of apnea, and symbolizes the restlessness of ambition and determination, the dreams that keep us awake at night and distracted during the day.”

The group’s 2009 debut album Not the End was tracked at Sushifish Recording Studio.