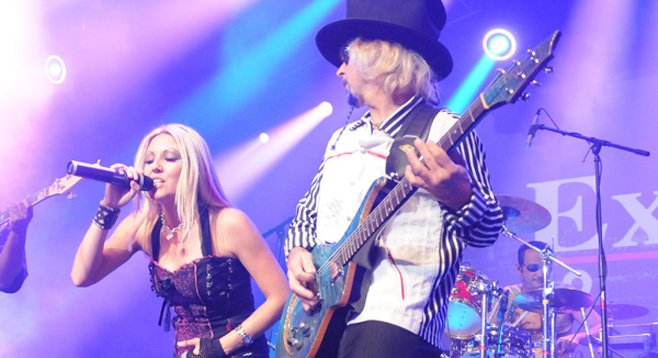 Acoustic Blue is an unplugged-style spinoff of the local pop/dance act Liquid Blue. The ensemble features two (and sometimes three) members of Liquid Blue, playing unplugged versions of their own songs, as well as covering tunes by around two dozen well-known bands and performers.

Liquid Blue earned a Guinness World Record for their song “Earth Passport,” as it was sung in more languages than any other song ever to hit the Billboard Charts. All six official United Nations languages were used in the recording, plus three others.