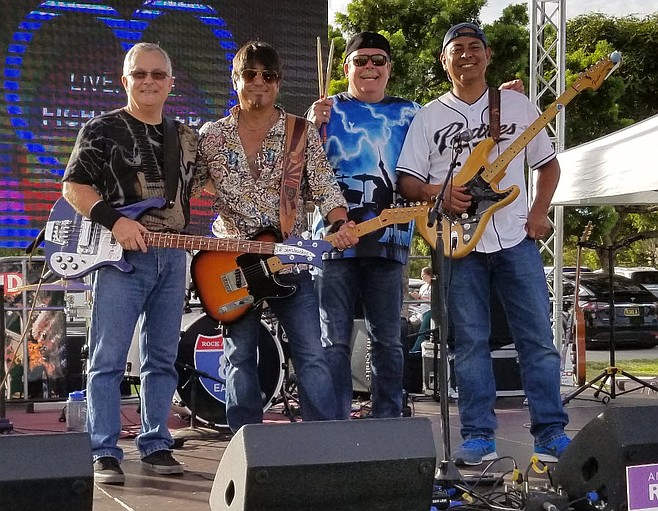 Formed in the summer of 2016 in Santee, the 8 East Band plays classic rock, blues, and a hint of country. The group was founded by two old bay area friends, Dave McCoy and Hugh Ferris (Hard Part), who hadn't seen each other in thirty years and found each other living in east San Diego. Both lifelong rock music fans, they were playing in various local East County rock and blues bands and decided to start a project of their own.

The group was then rounded out by singer-guitarist Bill Fullwood and blues guitarist Ronnie Tye (Gorgeous Boyscouts). By 2018, Tye had been replaced by Ross Munoz.