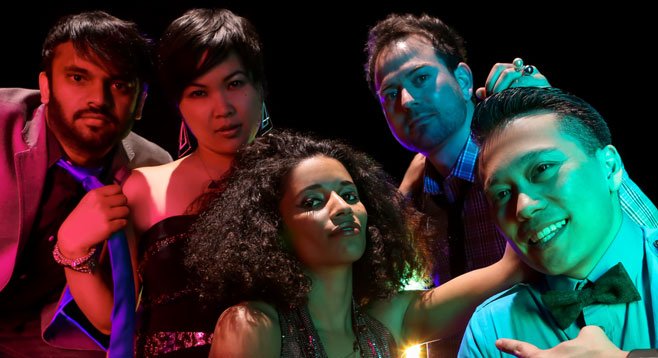 Singer Josey Williams, who joined the band in 2012, describes one very strange gig. “I was playing my first Halloween show down in Chula Vista at this little dive. It was a pretty good time! The drinks were flowing and everyone was dressed up, and I was having a blast. Well, everyone else was probably having too much of a good time in retrospect. I was working on getting everybody to sing-a-along to a song they all loved and one woman in particular was gung-ho about joining in. She motioned to me to let her sing so I put the mike down by her mouth. Well, for a drunk woman, she sure moved fast, and before you could say lickity split she was off with my mic.”

“She carried it, singing drunken slurs and curses all the way to her equally inebriated friends. I tried to go and retrieve my mike only to have her drunkenly push my face away. Once, twice oooh I almost decked her! Needless to say, we almost got into a bar brawl so security politely stepped in to aid me in my recovery. She and her friends sure put up a good fight, her friends chiming in 'Just let her sing dammit, let her sing.' Just when I got my mic back, the song ended. Sigh.”