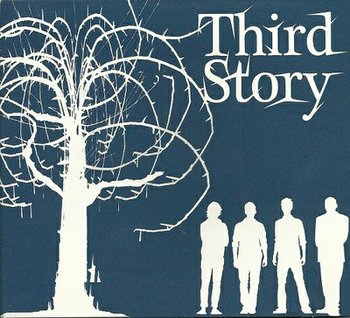 Their eponymously titled CD, which is brand new, is a remarkable document very much in the musical zone of an ECM production, particularly from the label's '70s and '80s era.

Weller produced the disc, which was recorded at the home studio of his uber-talented family here in town. Third Story features compositions from Weller, White and Miles--and, like most ECM sessions, was recorded in two days.

White's "Illustrator," opens the disc, and right away there is a vibe that echoes the great John Abercrombie Quartet albums like Arcade, and M. Miles outlines the beautiful melody which layers nicely over the ruminations of the pianist, the throbbing pulses of the bass and the pinpoint ride cymbal articulations of Kuross.

Weller's "For Now," is reminiscent of the Bill Evans tune "Nardis," with strong unison rhythmic stabs. The guitar tone of Miles really sings, and Weller takes a show-stopping solo. He seems to be coming out of the tradition of guys like Gary Peacock, and Dave Holland; huge, muscular sound with astonishing velocity. As the tune winds down into a vamp, Kuross lights it up with explosive commentary.

Miles' "Molly," is next, a modern ballad with a sweet, guitar-centric melody. It goes through wide dynamic changes and features a nice unison ostinao to tie it all together.

White's, "Scarlet Tanager," follows, the drums are written right into the melody, and the opportunity isn't wasted by Kuross, who fills the spaces with the kind of energy Jon Christensen displayed as a member of Keith Jarrett's "European Quartet." White downs tall glasses of pure melody with a chaser of dissonance, while Miles conjures up an electronic cloud of atmosphere behind him.

"Boss Fight," is a funk tune with electric bass and long unison lines with the guitar. It wouldn't be out of place on Return To Forever's Hymn Of The 7th Galaxy. Miles busts out his fusion hero guitar chops, complete with overdriven tone and speed demon alacrity. White carries the fusion homage several steps further with his own essay, heavy on the distortion, fleet-fingered filigree and pitch-wheel effects.

White's "King Kenny of Kirkland," is a modern swinger, featuring sections of walking bass and "ting-ting-a-ting," cymbal patterns. The pianist unleashes an ecstatic solo full of Herculean technique and spontaneous ideas. Miles follows with an extremely legato turn, flying all over the neck, but swinging his ass off when the band plays time.

"It's All Around You," closes the disc, another "straight-eighths" tune with a very strong melody, centered on Miles' subtle timbre shifts, leading into a dynamic display of guitar fluidity, punctuated with the occasional staccato attack and atmospheric sound effects.

This is a very strong record by four guys nearing their full potential, which figures to have an unlimited upside. Beautiful recording--everyone sounds terrific and the mix is crystal clear.