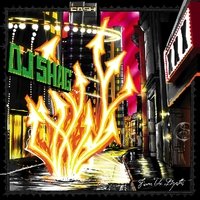 DJ Shag has worked and produced in San Diego since the late nineties, becoming involved in various musical projects, first with Undersound Experiment and later with Supa Unknown, Mantis, Joint Response, Blame One, the Others, Capital D (All Natural), Pumpkinhead (Brooklyn Academy/Plague), Dannu (Visionaries/Writersblock), and Icon the Mic King.

His CD From the Depths is a compilation of tracks from his 13+ year career. Half of the album is instrumental, encouraging other emcees to freestyle over the beats.