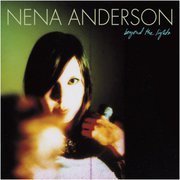 The album was produced, mixed and engineered by guitarist, Mike Butler (The Boxmasters w/Billy Bob Thornton), who also produced and recorded albums for Lynda Kay, Low Volts, Sliver Strands, and Stephen Rey & The Slicks. Mike also plays all guitars on the record, with Patrick McClory (Alex Woodard Band) on bass and Brian ‘Nucci’ Cantrell (Jack Tempchin) on drums. Pedal steel phenom David Berzansky (Hacienda Brothers) and Los Angeles session player Michael Feldman on the B3 organ and piano round out the cd lineup.

Nena Anderson's debut album is already earning comparisons to early Lucinda Williams, Rickie Lee Jones and Bob Dylan with it's bluesy, Americana/ Alt. Country feel and distinctive voice. Produced by Mike Butler (Lynda Kay, Low Volts), the record showcases 10 original songs that are so familiar and warm, you will think that you have heard them before, and you will want to listen to them over and over again.

From the moody, minor-keyed, driving swamp blues of "Daggers," the rollicking 60's piano soul groove of "Roses & Kisses," to the catchy heartache of "I Fall In Love Too Fast," Nena proves she can write timeless songs for a modern audience.