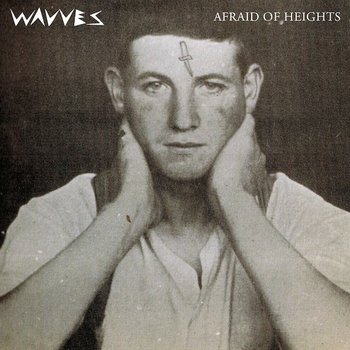 The first quarter of 2013 has brought with it strong releases from the likes of Jim James, Foxygen, Serengeti, and Atoms for Peace, yet perhaps none catchier than the latest record from San Diego pop-punk duo Wavves. The stoned nihilist zen of frontman Nathan Williams lends itself to powerful choruses that cling to the listener’s brain stem in spite of their pitch-black content.

The first couple times I visited NPR’s First Listen to check out Afraid of Heights, a record replete with straightforward ruminations on dying alone and suicide, the album stream was preceded by an advertisement for a reissue of The Very Hungry Caterpillar. If there are two things NPR listeners love, it’s tremendously sad music and insect-themed children’s books.

All flippancy aside, one has to feel for Mr. Williams and hope that the depressed, anxious, self-loathing lyrical content of his new record doesn’t represent a typical day in the life. The hooks on Heights’ first two tracks, “Sail to the Sun” and Demon to Lean On,” almost make the listener feel guilty for reveling in joyous guitar swells when juxtaposed with abyss-staring couplets such as “We’ll all die alone/ Just the way we lived,” and “Holding a gun to my head/ So send me an angel.”

Prior to Wavves’ latest, one could have argued against the incessant Nirvana comparisons, but the newfound polish on Heights (courtesy of producer John Hill), coupled with the similar hues of hopelessness that both Williams and Cobain paint in, justifies the lofty reference point. Wavves’ particular brand of despair drags a bit on the back end of the new record and suffers from occasional repetition, but on a whole, it’s an unmistakable lo-fi surf-punk winner.

10. Everything Is My Fault