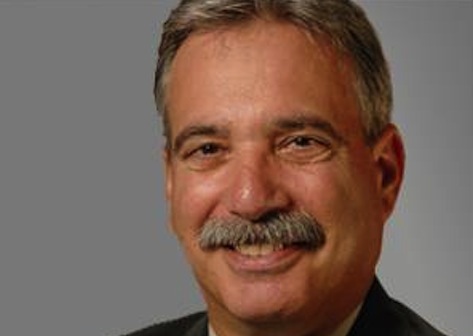 According to the report, posted online by the SDSU-run TV and radio stations - which said they had conducted the investigation in conjunction with inewsource, a small non-profit associated with the university - DeMaio employed a so-called 527 committee, called Reform San Diego, to promote his political prospects before declaring his intention to run for congress late last month:

Reform San Diego is a “grassroots 527 Super-PAC campaign organization,” as DeMaio has described it. He launched the group in 2004 with the help of money from Doug Manchester, a developer who now owns U-T San Diego.

Since then, the group has promoted ballot measures to create the “strong mayor” form of government, open city services up to private bidders, ban labor agreements on city contracts and convert most new city hires to 401(k)-style pensions.

If DeMaio’s congressional campaign ends up benefiting from the unlimited contributions raised by his 527 before he announced his candidacy, he might have discovered “a great new loophole” as Jessica Levinson, an elections law professor at Loyola University, put it.

Raising unlimited money before deciding to run for office and then using that money to help get elected “does seem like a new and improved loophole that a lot of candidates will start exploring,” she said. 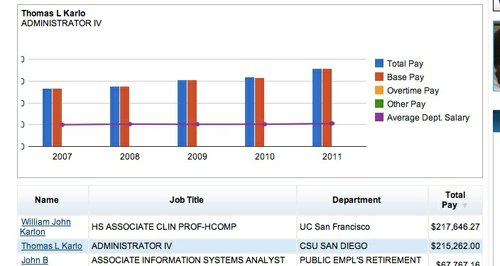 The post goes on to relate ties it says KPBS and its non-profit partner discovered between DeMaio and wealthy Republican conservatives:

inewsource and KPBS found one member of his coalition is the high-profile Americans for Prosperity, an outside spending group of billionaire conservative brothers Charles and David Koch that spent about $36.3 million in the 2012 federal elections.

As it happens, taxpayer-funded San Diego State University - which in 2011 paid KPBS general manager Tom Karlo $215,262, according to an online California state salary database maintained by the Sacramento Bee - has its own big money congressional agenda.

The school's non-profit San Diego State University Research Foundation - run by a board including $400,000-a-year SDSU president Elliot Hirshman, UCSD grad school dean Kim E. Barrett, and an array of other top-dollar state university employees - pays a Washington, D.C. lobbyist $40,000 a quarter to look after its interests in Congress, the source of millions of dollars of annual revenue to SDSU. 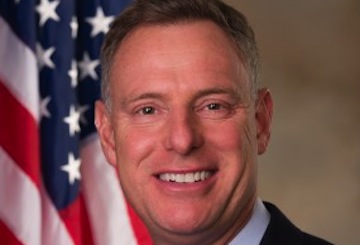 According to a first quarter 2013 lobbying disclosure statement filed with the Senate and House on April 22, the specific issue handled by Washington influence peddlers Carpi Clay & Smith was "Funding for University Research Foundation projects."

Items of special interest to SDSU were listed as including "Commercialization of university research" along with:

On June 6, Congressman Peters, a member of the House Armed Services Committee, posted an online press release following the defense act's passage out of the committee in which he boasted of the financial windfall his efforts had brought to local public universities:

This year’s NDAA also holds significant benefits for San Diego’s military community including money for the Defense University Research Instrumentation Program (DURIP) that allows universities like UC San Diego to compete for Navy related research grant programs, funding for training and operational readiness requested by the Navy Seals, and construction of cruisers and amphibious ships to be based in San Diego.

Seems as though DeMaio's use of the money was not illegal. It's a loop hole? Well, then you can do it until it's illegal. Not sure of the big deal KPBS is making. But for sure their timing is calculated. They must need Peters.

Not sure I've seen KPBS take a hard look at other campaign funding issues, like elected officials taking exotic junkets with their spouses points around the world. Hawaii in December is always nice. Special interests fund those in the main, but campaign funds are normally used to fill in the difference.

Remember the song from "Cabaret?" "Money makes the world go 'round...." Never more true than these days in this fading democracy.