Democratic presidential rainmaker Christine Forester of La Jolla calls mounting allegations against Filner a "debacle," seeks to discourage others from running to replace him

Christine Forester, listed by Newsweek magazine as the nation's second biggest "bundler” of contributions to the 2008 campaign of President Barack Obama, having collected more than $500,000 from a variety of friends and associates in that year alone, is spearheading a behind-the-scenes effort to draft newly minted Democrat and ex-GOP Assemblyman Nathan Fletcher for mayor if incumbent Bob Filner falters in his effort to remain in office. 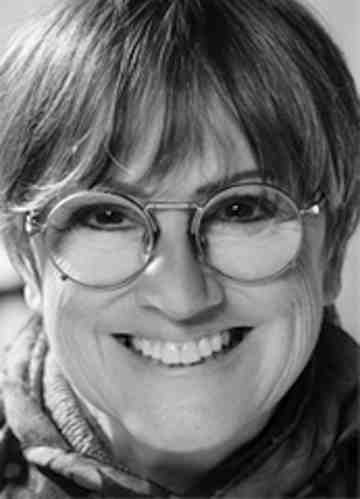 In a phone interview this morning, Forester said that Filner should step down for the sake of the city, as a result of the sexual harassement allegations lodged against him by former Democratic city councilwoman Donna Frye and others.

Forester called the current situation a "debacle," but added that the effort to get Fletcher into the mayor's race was still preliminary and dependent on when and whether Filner leaves office.

Most recently in the local news as the top speaker at the county Democrats annual fundraiser, Forester confirmed that a meeting had been held this past Sunday.

In an email invitation to the event, she wrote:

As you know our city has been turned on its head once again with the serious allegations leveled against our current Mayor. It is possible that he could decide to resign very soon and hence we would like to be prepared to immediately call for Nathan Fletcher to run for the office.

To that end, Duane Roth, Ted Roth and I would like to invite you to attend a meeting tomorrow afternoon, Sunday, at 4:00 at the CONNECT offices to discuss how we can 1) draft Nathan to declare his candidacy and 2) set up a campaign finance committee to support him. The meeting will be brief and informal.

Timing will be everything if Bob Filner resigns as there will be an election within 90 days. In the event he does resign, we would like to have a letter ready to send to Nathan that calls for him to immediately declare as a candidate.

This would allow him to say that he has received a letter from a bi-partisan group of highly respected leaders in the community (including his current employer QUALCOMM) calling on him to declare as a candidate.

Please let me know if you can make the meeting. If you can’t attend but are willing to sign the letter, we will send a final draft for your approval. To learn immediately that Nathan Fletcher has your support might discourage others to run.

IMO, I don't think Fletcher has a prayer of becoming mayor, but stranger things have happened...

How stupid does this man think all voters are? First a Republican, then an Independent, and now a Democrat? Anyone stupid enough to vote for this man,.... well,..y'know.

This is an amazing document. "This would allow him to say that he has received a letter from a bi-partisan group of highly respected leaders in the community..." (Asterisks mine.) What arrogance. President Obama should be ashamed to be associated with this person.

Hi, Matt. I've been locked out from my premises, completely unjustly, of course, since the Bill of Rights. I have no property since I aced my 5250 psych hold exam at UXSD... leaving it there. Now I had been to see Filner in March expressly because I had been communicating with you -- that's right, folks, I'm looney-tunes, not on psych meds, and being very dirty, do not mind a whole lot should any of you chokes on food --there are alert -- or get shot picking up marijuana -- shooters, snorters, of Z-40's dwindling speed...is there a need for a new run? Where was I? You came off (the "suggest you REMOVE Steve again". That's what we got the tip jar Well, over there) we are hippies. We got San Onofre closed. I'm a scientist, Gizmo. I want a permanent dictator, not a new mayor in the middle of the cycle. Don't forget being sane on the SONGS question is a $450- million proposition.

Yes, I told Filner that Mitch Beauchamp was likely a gay hanger-on at TJ orphanges, where he cross-border sex-tourismed his way AS NATIONAL CITY"S TREASURER so Donna Frye and I remain (don't let me see you), and Bob Filner has the crime of career-terminal horniness? I doubt it. More like San Diego is bought and paid for by alums from USC, in Los Angeles.

I do not mind, and I hate gangs, and I am not afraid of gangs. The housing in this city is due for a whole revamp, with whole dirt poor people living next to rich ones, but not scum like you and your NSA programs. Somebody should have left me my mayor. Now I am channelling a lot of hatred, and I am a blues angry for guitar Ned in Church Pews, City Heights, 'cause I'm moral.

bec I'm normal? No, nothings is what you are. I prescribe what should occur, judges agree -- I wheel and deal. Grab a piece of something that you feel is going to last.

Nothing by definition can be Rembrandt for several centuries. Switch-pressurizing now. Depressurize, read that you and your kids are animals./ and are...divided (homework).