Only in San Diego.

It was the spring of 1984, and Republican mayor Roger Hedgecock was facing a re-election challenge from an unholy alliance of would-be political reformers; super rich real estate developers and bankers eager to grab more power at city hall; and a Republican newspaper owner who had befriended a Democratic ex-city councilwoman married to one of the city's richest men. 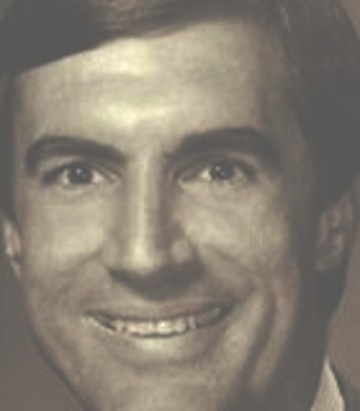 Adding to the fervid intrigue was a grand jury investigation into Hedgecock, his political operation, and its campaign money connections to a shady Ponzi scheme operator from La Jolla whose flashy blonde girlfriend was the mayor of Del Mar.

Hedgecock - who became a reborn conservative and went on the radio after he was forced to resign the mayor's office in 1985 - is loath to recall those days and most likely won't recount them on his new TV show at what is now called U-T San Diego.

But they have forever since informed the perspective of observers with a long view of the city of perpetual scandal –also known as known as San Diego.

In addition to Hedgecock, 1984’s players included Maureen Connor, a Democratic ex-city councilwoman who had lost a high-stakes battle for mayor to Hedgecock the year before and wanted to extract some revenge.

She and her husband, Jack-in-the-Box founder Bob Peterson, were intimate friends of Helen Copley, who had inherited the Union and Evening Tribune from her husband, Nixon intimate Jim Copley. 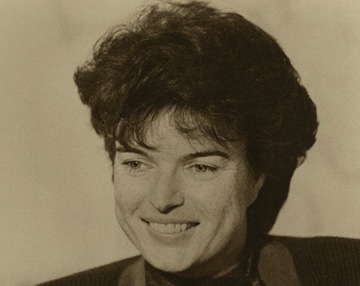 Helen Copley was not just friendly with Peterson and O’Connor, they were investors together in Gustaf Anders, a La Jolla Shores restaurant heavily promoted by the Copley papers.

In the spring of 1983, Copley editors girded for battle. Their enemy: Roger Hedgecock, a self-styled progressive Republican who cast himself several degrees to the left of Wilson. He had assembled a battle-ready campaign force, run by young aide-de-camp Tom Shepard.

Despite her husband’s wealth and Copley’s backing, O’Connor seemed unprepared for the juggernaut that was the Hedgecock campaign. Though the Copley papers ignored the story, Hedgecock’s handlers whispered about the personal ties between Copley and O’Connor, helping to undercut the credibility of the paper’s endorsement. He beat O’Connor handily.

After Hedgecock took control of city hall in the summer of 1983, interesting things began to happen. A project to build a giant convention center, rejected by the city's voters in 1981, was quickly resurrected and located adjacent to the bay front hotel of a close Hedgecock friend and campaign backer by the name of Douglas Manchester.

But another Hedgecock money supplier soon began to falter as investors in Dominelli's company began reporting difficulties retrieving their funds. Suddenly, Hedgecock's 1984 bid for re-election seemed not as easy as had been expected.

Reporters for both the Copley papers and the San Diego edition of the Los Angeles Times, smelling blood in the water, went into an investigative reporting frenzy.

Dominelli’s vaunted investment genius was discovered to be a Ponzi scheme, a house of cards the collapse of which robbed investors of their life savings. Revelations that Dominelli and his girlfriend, Del Mar mayor Nancy Hoover, had secretly financed Hedgecock’s 1983 special election victory drew Dick Carlson, an ex-TV anchorman married to a Swanson frozen-food heiress from La Jolla, into the regular election battle.

Carlson had worked for Gordon Luce, a savings and loan kingpin who ran San Diego Federal - later Great American - and had a huge financial stake in the city's development decisions. He was also in touch with O'Connor and Copley, who had their own motives for doing in Hedgecock.

Hedgecock - who like current San Diego mayor Bob Filner, had portrayed himself as a populist - retained a strong base of loyalty and support among many rank and file voters, even as Copley and her newspapers attempted to close in for the kill.

And then Copley's editors overplayed their hand.

On April 20, the Union ran a story on its front page reporting that the county grand jury had heard testimony that $400,000 of unexplained funds had been found in secret bank accounts controlled by the mayor. It looked like curtains for Hedgecock.

Except the story wasn’t true.

In May, Hedgecock filed a libel suit against the newspaper for $3 million, alleging that the Union had run the story “to impair and prevent” his reelection bid. “Just as I support the role of an aggressive and independent press as critical to the continued health of our democratic institutions,” Hedgecock said in a statement.

“I also believe that when an individual member of the media abuses his or her very considerable power and steps over the line that divides thorough, independent scrutiny from intentional, malicious, unfair attack, someone must stand up and speak out.

“Not only did the editors of the Union refuse to correct their original errors, they continued to republish them, with the apparent objective of causing me and my family as much damage as possible.”

At first, Union editor Jerry Warren stuck to his guns, disputing Hedgecock’s repeated charge that the paper was out to get him and was using its news pages to do it. “From the very start, we approached this story on a professional journalistic basis,” Warren said. “The mayor apparently is approaching a suit as a political matter…We’re not running for anything…Of course we stand by the story.”

Added [Copley editor-in-chief] Herb Klein: “The suit by the mayor is not unexpected. He suggests motives which are contrary to fact. The timing of the action and statements and innuendos by the mayor clearly indicate the purely political aspects of his suit.”

Then, on July 25, the paper issued a full retraction. It ran on the front page under Warren’s byline.

“The San Diego Union reported on April 20 and 21, relying on statements of sources close to the investigation, that the grand jury was probing allegations about Mayor Roger Hedgecock’s personal and campaign finances. The Union has since learned that key aspects of these stories were incorrect.”

Though the election was three months away, the race for mayor effectively ended that morning. In November, Hedgecock — by then under indictment in the money-laundering case — easily bested Carlson.

At the same time, a swath of Copley clout and credibility was laid low.

Hedgecock was convicted in December 1985 and forced to resign, but the fallen mayor ever afterwards maintained that Helen Copley’s newspapers had railroaded him, and many believed him; the Union’s clumsy attempt to wield the J. David scandal as a cudgel had backfired badly. Once challenged so blantantly, the Copley papers found it hard to regain their bearings.

Copley died some two decades later, a lonely figure in a La Jolla mansion, said to still long for ex-beau Silberman, who left her to marry future mayor Susan Golding, and then go to prison after getting caught up in an FBI money laundering sting.

Copley's son David eventually sold off the family jewels and its newspapers, before dying last November in a La Jolla car crash.

O'Connor was elected mayor after Hedgecock's demise; this February she revealed she had gambled away the family fortune at tribal casinos and had stolen from her late husband's charity to pay the bills.

Hedgecock aide Tom Shepard copped a plea in the case against his former boss and remained out of jail. He went on to become one of San Diego’s most successful political consultants, and last year ran Bob Filner’s campaign against Carl DeMaio.

Today's latest word from city hall is that besieged current mayor Filner is staying put and fighting the so-far anonymous charges brought against him in the U-T, now owned by developer and hotel magnate Douglas Manchester.

Carlson had worked for Gordon Luce, a savings and loan kingpin who ran San Diego Federal - later Great American - and had a huge financial stake in the city's development decisions...................Carlson prospered in the private sector; his son, bow-tied Tucker Carlson, Gordon was in Ronnie Rayguns CA cabinet, and Raygun visited Luce at his Silvergate home in Point Loma multiple times when he was POTUS.

I knew Tucker Carlson was form Encinitas, but didn't know this connection.

What a great history of Being Mayor of America's Finest City. Bad ju-ju. Tucker Carlson a few years ago lived in NYC, worked in media and hung out with other ambitious wealthy beautiful young hipsters. I can't imagine he traded that in for Encinitas (sorry Dave Roberts!)

No, he said on his MSNBC show a few years back (he took over for Abramson in the 1PM slot but didn't last long) that he was from Encinitas

Thanks Matt for the review of SD mayor history. It seems like I may have been another person, but reading your story, I realized I knew most to these folks back then. I worked with Dick Carlson and Gordon Luce at SDF/GAF, I knew Roger and Tom on a 1st name basis, meet Helen Copley at a fundraiser, we shared a drink together, and even met up with Susan Golding on several occasions. I guess I was a play-ah and didn't know it. Thanks for the memories.