Last week a sex trafficking suspect was arrested for accusations of offering teenage girls cash for lucrative jobs. The arrest follows a string of young women killed or missing in the area.

Josué Omar Castro Elenes, a 27 year old who is believed to be from Mexico City, was arrested by municipal police on September 6th. Allegations that Castro was hanging around junior highs, high schools, and universities looking for young women to work for him had arose online. The suspect was allegedly offering up to 9,500 pesos per week to work as models or hostesses. Those in contact with the suspect allegedly soon realized the work was in prostitution.

Numerous messages were found in the suspect’s cell phone regarding work requiring provocative clothing. The numbers contacted ranged from the United States to Mexico City.

Castro, who was dubbed by social-media as “Edward Cullen” and “Vampire Killer” allegedly admitted to working in the prostitution industry but claims only legally. He was released exactly 48 hours after his arrest due to lack of evidence despite requests by Mayor Carlos Bustamante Anchondo to hold the suspect. 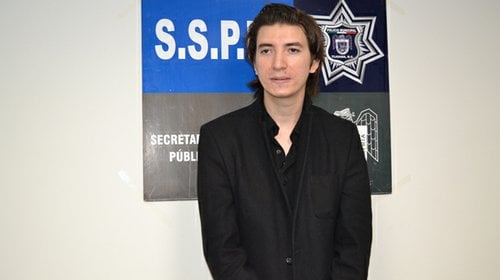