In accord with the unspoken mandate that third Thursdays shall be the monthly stronghold for some of San Diego’s most forward-thinking fringe music nights (see: Makeout Weird, Liquid Geometry, Galactic Reign), Kill Quanti beat collective will be stuffing the Weird-sized hole at Whistle Stop (they kissed it goodbye a few months back) on Thursday, June 20 with a fistful of local mainstays alongside a promising up-and-comer.

KQ’s inaugural installation of Astro Jump will see the debut of new-kid-in-town Nick Leng, a 20-year-old producer from South Africa who, by way of San Francisco, now calls the Dizzle hizzle.

Smooth, atmospheric, driving – Leng hit the ground running with his first stabs as a beatmaker.

“It's nothing too extreme or anything,” says Kill Quanti cofounder Santino Romeri, “but we're all really enjoying the beauty and simplicity in his approach.” 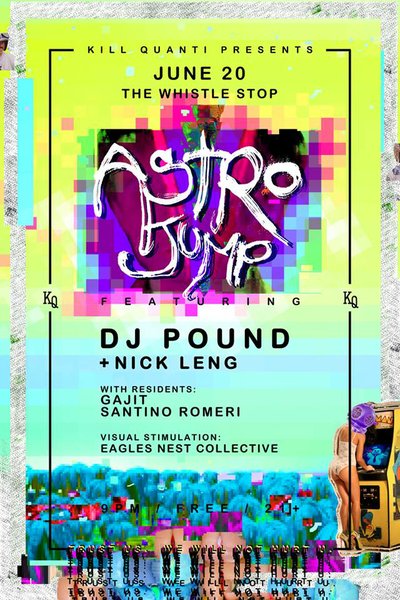