"There will be four groups, but all nine musicians are collaborating a bit in each set," says Adams Tucker. "The inspiration for this came from attending the California Brazil Camp, a two-week music workshop featuring 8 to 15 musicians. All of the people in my bands have attended. The first four years of the Festa were held at the Encinitas Library, but this year we're coming to Dizzy's. These events have been heavily attended in the past--in fact, people have been calling me for the last few months wondering if we are doing it again.

"Because of all the musicians and the four shows, the tickets are a little higher ($20), but then again, it's not just a concert, it's a festival!" 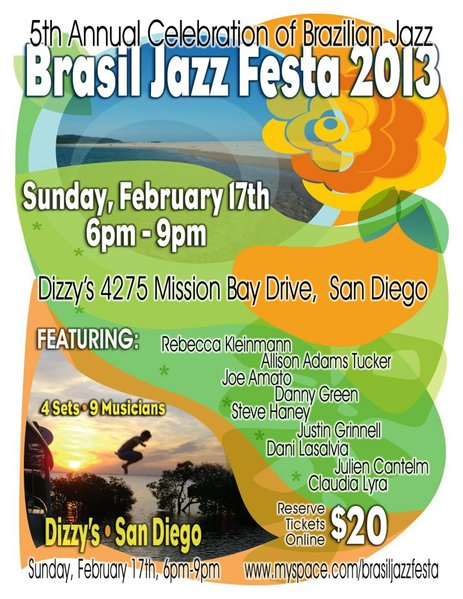