Every Wednesday throughout October and November, 4th & B will devote a night to local music, to be called $4 Wednesdays. Six bands will play each evening, with the $4 mentioned in the event’s title encompassing both admission and drink prices.

The venue, located at 345 B St, normally holds 1500, but for these events the main floor, balcony and upper area will be closed off and use a new 200 capacity side stage with its own entrance on 4th Avenue, giving the shows a more intimate vibe. “It’s understood that local music usually doesn’t draw the same numbers as national acts," said 4th & B Talent Buyer Chris Leyva. “We’ll be happy with a hundred attendees. Of course more is always better, but we’re also willing to build up to those numbers if need be.”

While Downtown San Diego’s nightlife is best known for DJ’s and cover bands, Leyva is hopeful that giving original music a regular night in the area will help change that equation. “There are so many great artists in San Diego right now,” said Leyva. “But let’s face it, most bands don’t have the draw on their own to be able to play on a nice stage like this, with lights and production. We’re hoping that there will be strength in numbers.”

In addition to his work with 4th & B, Leyva also heads local promotion company, the Black Cherry Group, which was founded in 2006 and fronts his own group, the Falling Doves. While certainly a champion of local music, he’s also built a reputation for giving himself some of the choice spots on gigs he promotes. He laughs off the charge. “That’s definitely not the case here,” he said. “Yes, I’ll be on the bill Oct. 24, but that’s a booking that made sense in context with the other groups that are performing. Other than that, no, I won’t be on other shows.” He points out that in many cases, what’s been seen as opportunism has merely been convenience. “Sure, I’d like my music to be heard by as many people as possible – what artist doesn’t? But among other things, what’s happened in the past is that bands have dropped out at the last second, sometimes at shows, sometimes just as we're sending in advertising to local media. Considering that my band usually provides the backline at many of the events I promote, even when we’re not playing, it’s occasionally been easiest to fill a quick slot with my group,” he said.

Leyva claims to not be too concerned about opinion. “At the end of the day, I’m promoting dozens of artists every year and hopefully helping them rise to the next level with opportunities they might not otherwise get. And I feel pretty good about that,” he said. 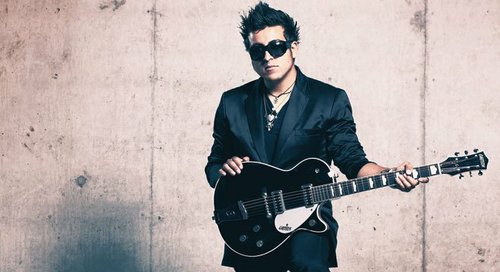