Each pianist displayed a personal mastery of the instrument before a packed audience at the new Dizzy's.

Flores is a monster Latin-jazz player with impressive credentials in the mainstream jazz field as well. He chose to focus on two originals in his short set, opening with "Are You Happy," by dancing around the salient notes before filling out the theme with stabs and strikes from both hands. He kept a sense of mystery in the air with a lot of delayed resolutions that kept the listener guessing.

Next up was his magnum opus, "American Influence," where he showed how well he has absorbed the history of straightahead jazz. Within 90 seconds I heard distinct swells of Bill Evans and Horace Silver ultimately leading to a more pronounced homage to McCoy Tyner, with thundering fourths bouncing off of his left hand, while an Art Tatum feeling seemed to coming from his right. He built walls of sonic power with velocity and touch, and ultimately referenced Chick Corea and Herbie Hancock to close it out. 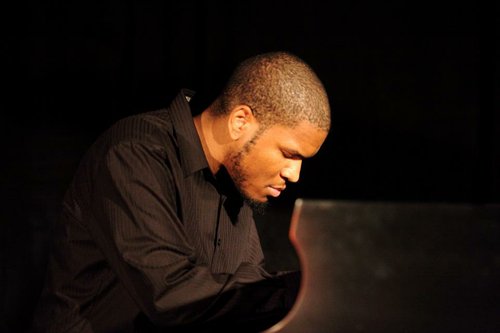 White is one of the best musicians I've heard in the 30+ years I've been listening to jazz. He has an amazing capacity to use devices that scare most casual listeners away in a fashion that seems to reach every listener.

He chose Herbie Hancock's "Dolphin Dance," as an opener--and, although I recognized strains of something familiar, I didn't make the connection until he hipped me to it after the concert. He started by assembling oblique harmonies into a fog-like mist of cycling chords before transitioning into jagged angularity and nervous stabs of kinetic energy as both hands traced florid tattoos along the keyboard. White built tension through repetition--sometimes hammering a single-note like a skipping record, gradually, fragments of the tune emerged--storm clouds of discord bounced off the walls--then sudden stretches of pianissimo dialog whispered off his fingertips.

The second piece was even more dramatic as he bounced skipping clusters and repeated the refrain from "Sweet & Lovely," like an orator working the punch-line. He transposed that idea tangentially as his left-hand struck violent counterpunches and ideas came at a speed so daring, it was hard not to imagine a collision. 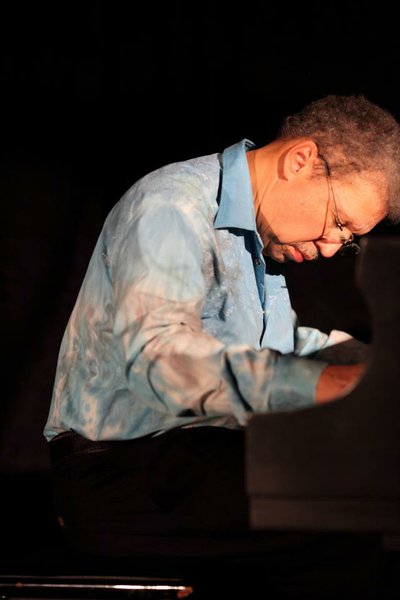 Davis rarely performs in town, but when he does it's always cause for a celebration. He began his spot with a reinvention of "Wayang #4," from his epochal '80s release, Episteme. Creating pensive, reverberant gestures around a short motif, one hammered note triggered a litany of possibilities before the next germ cycled into a dizzying orbit of conflicts and resolutions that led into the hypnotic, Balinese Gamelan inspired theme.

"Of Blues and Dreams," is Davis' masterpiece--first recorded in 1975, it has become his signature. He began with rhapsodic textures and leviathan tremolos before letting both hands loose to scorch the extreme ends of the keyboard. Bits of barrelhouse jocularity prodded into gale force structures that drifted into ruminative tinkling as calm as the eye of the hurricane. Inspiring. 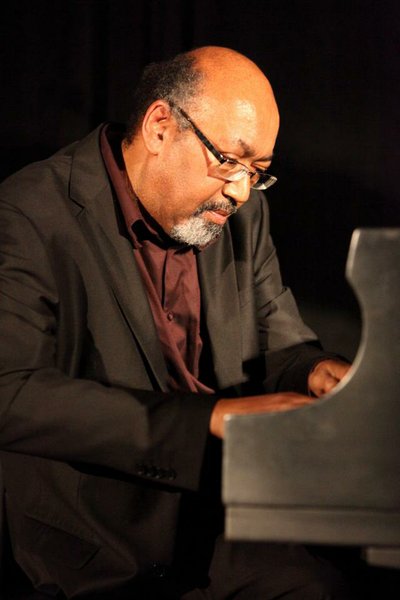 I wish I knew more about Thompson's career as a pianist/composer--I do know that he is involved with the music department at San Diego State, and that Mr. White considers him a composer of the first order.

Thompson originally planned to perform several of his own pieces--but when the lighting failed to adequately illuminate his scores, he opted to improvise on two classics from the jazz repertoire, beginning with "Round Midnight." Crafting a series of rococo ornaments that flew across the keys-- Thompson reharmonized the tune--pulling it apart like taffy and ultimately transforming it into almost symphonic proportions. He approached target phrases from great thematic distances as he wound his way toward the original idea.

Thompson followed with his own version of "Dolphin Dance," layering the theme in a 1000 veils of related, and indirect harmonies--creating an alternate reality of lush, orchestral textures.