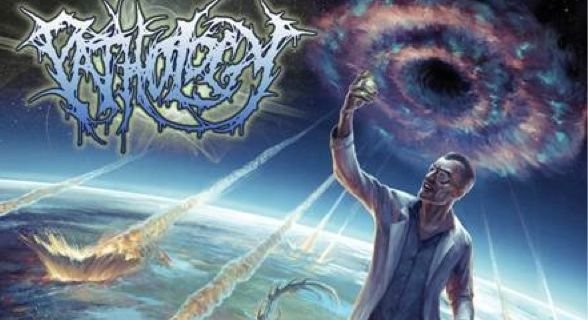 Pathology Calls the Time Of Great Purification Their "Most Technical Album"

The heavy metalheads of Pathology say their upcoming full-length The Time Of Great Purification (due September 25) will be "definitely our heaviest and most technical album to date,” according to drummer Dave Astor.

The band recorded with Daniel Castleman and Lambesis Studios for this, their third Victory Records release, featuring artwork by Par Olofsson, creator of the cover art for their last two albums, 2010's Legacy Of the Ancients and 2011's Awaken To the Suffering.

Says Astor, "The [cover] concept is simple: the Doctor is controlling the 2012 apocalypse and destroying the world!"

Few local bands have seen as many lineup changes, in such a short amount of time, as Pathology. Formed in the beginning of 2006 by Dave Astor (The Locust, Being Killed, Cattle Decapitation) and Levi Fuselier (Disgorge), they were later joined by vocalist Matti Way (Disgorge, Liturgy, Cinerary). The band's debut album Surgically Hacked was released in September 2006 on Amputated Vein Records (Japan).

In 2009, secondary singer Mason Gregory left the band, as did lead singer Matti Way in September. New singer Pascual Romero (In This Moment, Strangled By Strangulation) was added to the group, which signed with Victory Records.

However, not long after Romero joined, he was out of the band, and Matti Way returned as of February 2010. Romero told the Reader “I was in the band for several months starting at the end of summer 2009 before the Victory deal, and continued to write with the band until February 2010.”

Matti Way had been in Disgorge, and he brought that band's guitarist Diego Sanchez with him to (re)join Pathology.

In its seventh lineup change, the band added singer Jonathan Huber (I Declare War) and guitarist Stephen Parker to its ever-changing ranks. Former guitarist Tim Tiszczenko then RE-joined the group, to play alongside his replacement Kevin Schwartz.

In 2011, the band headed to Europe for five weeks opening for Obituary and Grave, starting March 24 and including festival appearances at Paris’s Extreme Fest, Denmark’s Royal Metal Fest, and Holland’s Neurotic Deathfest.

In summer 2011, they were recording at the local studio run by Tim Lambesis (As I Lay Dying) with producer Daniel Castleman (Impending Doom, Winds of Plague). The resulting CD Awaken to the Suffering was released September 13, shortly after a North American tour with Grave and Blood Red Throne began in Tampa, Florida.

They just spent May and early June touring with Destruction, War Bringer, and Vital Remains, before embarking on the Metal Madness Tour with Detroit death metal band As They Sleep. Next, they'll appear on the following dates of the Slaughter Survivors tour: 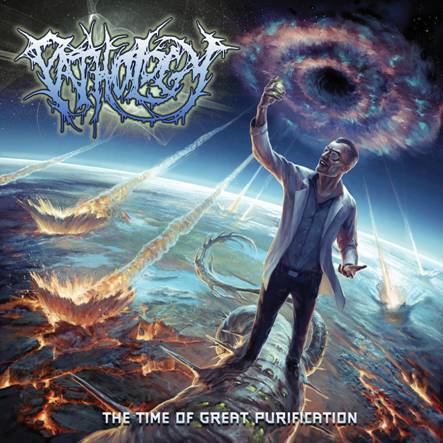