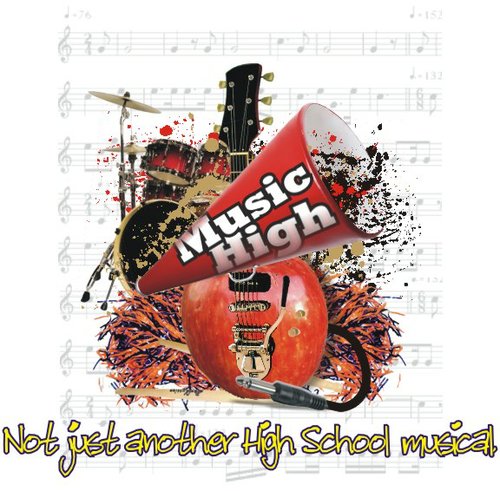 The high school-based history of local ska rockers the Fabulous Rudies is the subject of an upcoming Universal Pictures film titled Music High, which co-stars members of the band.

The North County band was founded in 1997 by singer Tom Voris, who taught history at San Marcos High School at the time and would later teach economics and history full-time at El Camino High School in Oceanside. Recruiting an average of eight students for each band incarnation, three players from the original student lineup remained with the band for years, well into their 20s.

When Music High has its world premier screening at the Oceanside International Film Festival on Friday, August 17, two other San Diego bands will be seen in the film and heard on the soundtrack, which includes original songs and covers recorded by the Fabulous Rudies, Tan Sister Radio (who have four songs in the movie), and the Dannie Marie Band (whose included track “Flavor of the Week” is about high school).

The tunes are performed on the big screen in numerous battle of the bands scenes that take place at a fictional high school. Some of the band members also played the roles of musicians or students.

Songs from the film’s soundtrack will be performed live on the red carpet by the Fabulous Rudies and Dannie Marie on Thursday, August 16, at Oceanside's Star Theater (402 N. Coast Highway). The event will run from 5-6 PM.

Music High will have its world premiere at 10 AM on Friday, August 17 at Grace Chapel, formerly the Crest Theater (102 N. Freeman Street). A full day pass for movie screenings is available in advance for $15, with discounts for military, students, and seniors. Tickets for the red carpet event, including refreshments, are $25.

The comedy, written and directed by Mark Maine, is (according to IMDB) “Not just another high school musical,” concerning a teacher played by Jonathan Bennett (Mean Girls, Cheaper By The Dozen 2) trying to save his career by turning around an unruly class of students.

The teens are deeply divided in cliques based on the genre of music they identify with. For more info, see http://www.TheMusicHighMovie.com . 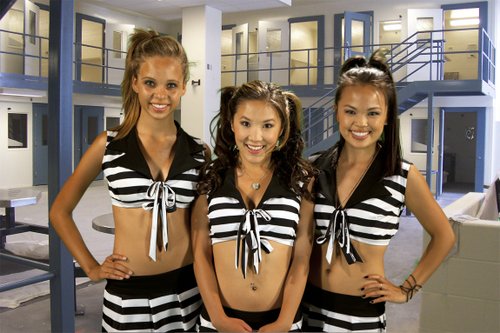 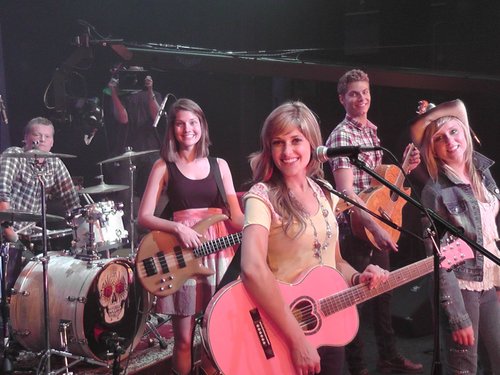 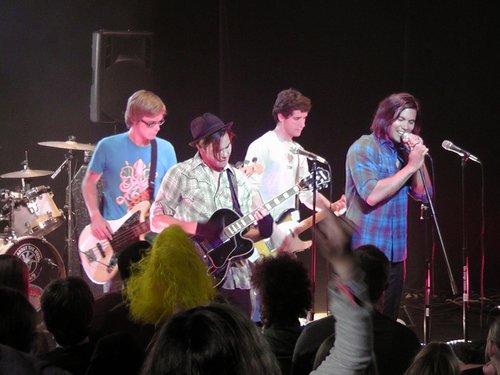 The high school history of the Fabulous Rudies was mentioned in a Rolling Stone’s April 7, 2005, “Children of Rock” cover story. Then, in summer 2007, they were booked as the “barbecue band” on the Vans Warped Tour. In exchange for towing a large grill behind their tour bus and preparing nightly meals for 50-plus bands, they would play every tour date.

The Rudies were asked to be the barbecue band again for the summer 2008 Vans tour. However, internal band conflicts resulted in them being replaced on that tour by Bleeding Irish. After losing trombone player Don Carter and several other members, the group decided to soldier on as the Fab Rudies, with Tom Voris at the helm as frontman and band manager, and with his 16-year-old daughter Kailyn Voris (seen below) taking on lead vocal duties. 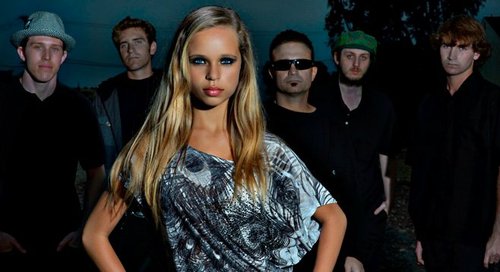 After signing to the Tate Music Group, they released a new eight-song album called Help Me in December 2010, with two of its songs landing on the Punk Rock High School soundtrack. The band was highlighted in the December 2010 issue of Variance Magazine, with the Goo Goo Dolls on the front cover.

Around the same time, the Rudies recorded a cover of the classic track “Tears of a Clown,” punked out for the film Beach Bar, partially filmed in San Diego. The teen comedy is the sequel to cult flick Hole In One, featuring Steve Talley and Dean Cain. In the film, co-star Ally Maki sings with the Rudies (now known as Fabulous again, rather than Fab). 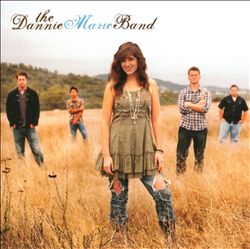 The frontwomen for the Dannie Marie Band, while most of her peers were deciding which college to attend after graduation, 18 year-old singer/guitarist Dannie Marie was busy putting together a band to back her up for a debut gig at the 2010 San Diego County Fair. The Dannie Marie Band self-released a self-titled album later in 2010. 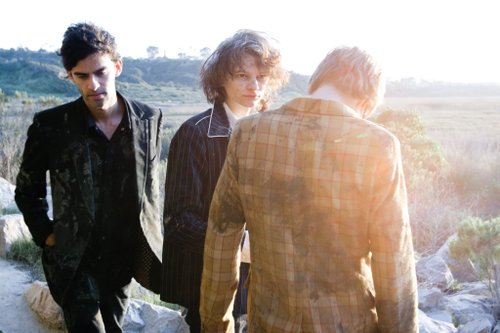 Tan Sister Radio features Sadie, Eye Lid Kid, Dirty Girl, and Mr. Landis. They say they were weened on Paul Westerberg, danced with Dylan, and spent their sleepless teen years staring at their eyelids with Al Green singing them sweetly in love.

Now, they write songs for the latter generation, and for nearly half a decade they have been forcing Dirty Projectors, Sonic Youth, and the White Stripes into their mold. 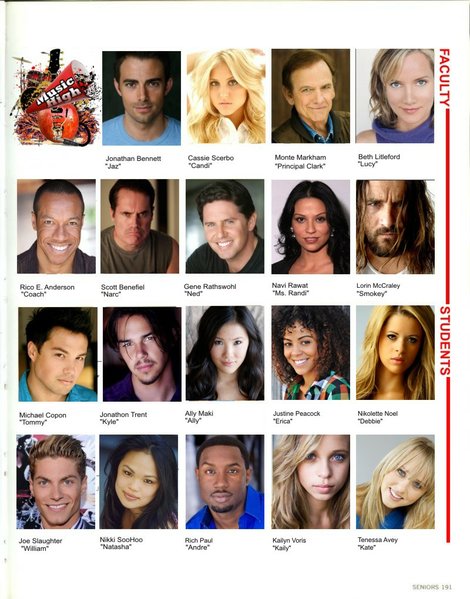 Ironically, the Crest Theater used to be part of the Pussycat Theater adult movie theater chain...